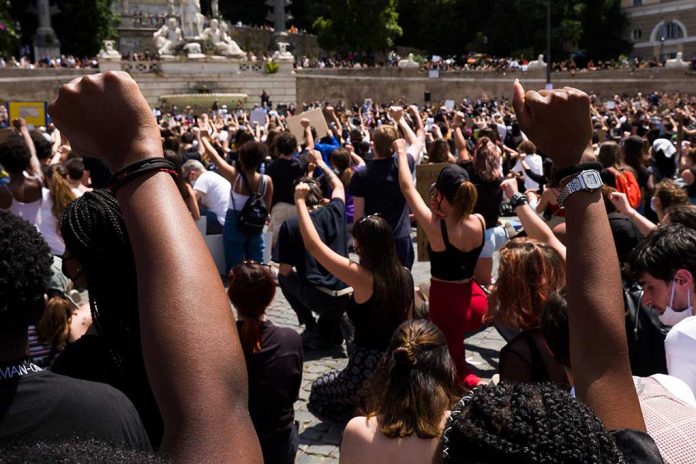 (UnitedVoice.com) – As the midterms approach, political action committees (PACs) on both sides of the aisle are taking to the airwaves to convince voters that their candidates are the best. One of those PACs is Citizens for Sanity, a conservative group. It recently took out both ads and billboards to highlight negative aspects of woke liberal policies.

On August 30, Citizens for Sanity released a radio ad attacking the Left’s “woke racism.” It starts by quoting President John F. Kennedy (D), who once said Americans should be able to “enjoy the privileges” of citizenship “without regard to race or color.” Yet, the clip points out that the Left is now “injecting racism, bigotry, and discrimination” into America. The ad claims airlines are hiring people based on their skin pigmentation, not how well they can fly a plane. Also, it alleges a school in Minnesota promised to fire teachers who aren’t minorities.

The Citizens for Sanity ad implores listeners to “stop woke racism” because it’s wrong no matter what political party is spreading hate.

Conservatives believe the only way to move America forward is by getting rid of Leftist lawmakers assaulting equality and electing Republicans who don’t support woke policies.

Do you agree with the ad?