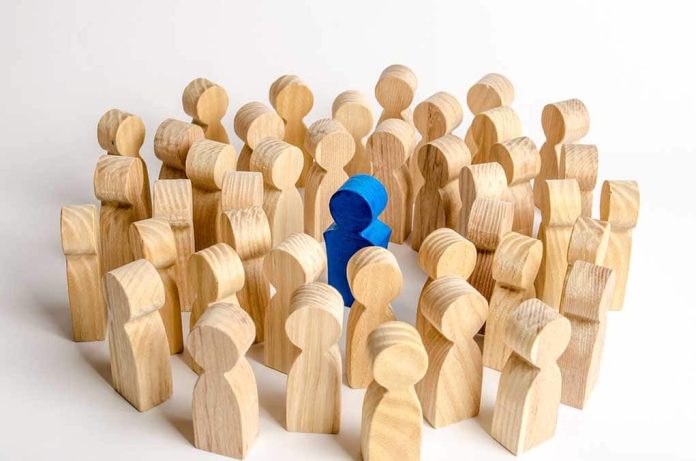 (UnitedVoice.com) – The Democrats put themselves and the nation in a severe bind. They had eight months to strategize, plan, get everyone on board, and execute their Leftist dream of transforming America. Yet, here we are, barreling towards the end of September, and the stakes grow higher every day the Democrats play games with America.

While the Left wasted nearly two months trying to rush a partisan $3.2 trillion “human” infrastructure package to transform America’s capitalist system into a hybrid socialist one, the debt ceiling and the massive federal budget are due by September 30. In the meantime, the Republicans wisely sat back and let the Democrats fall into a trap. They can’t fund their massive dreams, assuming they can agree to pass the reconciliation bill, without increasing the debt ceiling. Republicans vow they won’t help them destroy America.

Governing is about the art and science of the possible. Poetically, it’s a beautiful game of strategy and tactics. Who will win, and who will lose? Who can compromise, build coalitions, and gather enough support to pass legislation in an evenly divided Congress? Who can unite lawmakers and pull tough legislation over the top or stop it dead in its tracks?

Republicans boxed in Democrats and outmaneuvered them tactically. With time running out on House Speaker Nancy Pelosi (D-CA) and Senate Majority Leader Chuck Schumer (D-NY), there isn’t enough capacity or hours in the day to push through the massive reconciliation bill as Democratic moderates push back against the Left. Plus, there’s the fight to increase the debt ceiling and pass a federal budget for the fiscal year 2022 that begins on October 1.

On Tuesday, September 21, Democrats wasted more time playing politics and getting cute. It’s a pattern they can’t seem to break and comes off poorly. The House passed a fiscal rescue package designed to prevent a government shutdown due to a lack of a federal budget by the end of September and waive the debt limit to get around the impending timeline. By coupling the two together, the Democrats believed they could force the GOP to capitulate or hurt them politically with the electorate.

GOP leaders say it’s a no-go in the Senate. There aren’t many options left for Democrats who control Congress with the slimmest of majorities with less than ten days to go. Despite their promises a month ago to pass the reconciliation bill by the end of September, it’s clear that isn’t going to happen.

Moderates killed the prescription drug plan in committee, a lynchpin of their agenda to free up money for other socialist healthcare needs. In the Senate, Sens. Joe Manchin (D-WV) and Kyrsten Sinema (D-AZ) firmly oppose spending $3.5 trillion. If the Left doesn’t get what it wants, it vows to torpedo the Senate’s bipartisan infrastructure plan passed in August.

Where Does This Leave America?

Here’s where we are right now: there’s a standoff, and both the Moderates and the Left can kill the whole two-track infrastructure bills at any second. That’s what happens when there are only three votes to give in the House and none in the Senate. There are no massive majorities to push the Left’s socialist vision through Congress.

The GOP boxed the Democrats in and is making them own their agenda. Democrats say they supported increasing the debt limit in the past under Trump. That’s true, but it’s an incomplete picture. The Democrats are trying to force Republicans to vote against their conscience, beliefs, and what they think is in America’s best interest. It’s a unique place for a party that won’t embrace any form of socialism against one that is rapidly taking America in that direction.

If this is what Democrats want, Senate Minority Leader Mitch McConnell (R-KY) and GOP leaders are clear… let the Democrats own it. They want it. They can fund it. The fact that they waited until the last minute and can’t get their ducks in a row is not the GOP’s fault. It’s the Democrat’s blunder. They control the agenda and schedule in Congress as the majority party.

So, the Left can cry wolf all it wants, but the fact is they are the ones who are making a mess of America. Unfortunately, the ones who will pay for the Left’s overreach one way or another are all of us.

Unless the Democrats capitulate and do what they can instead of what they crave. They’ve proven that isn’t going to happen. So, will they let it all burn down and blame the GOP? They may try. Good luck with that one.