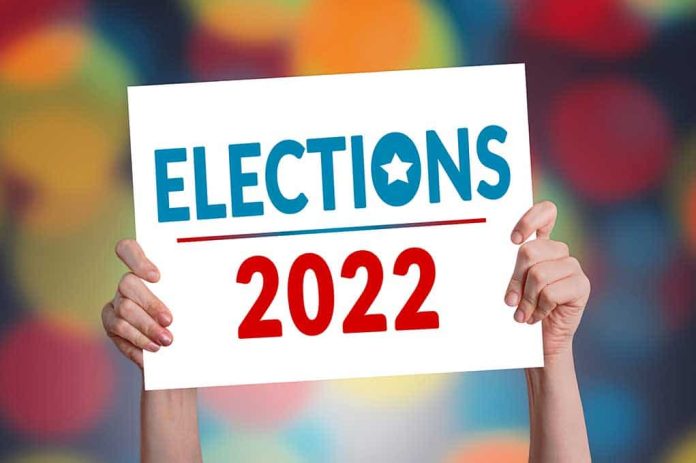 (UnitedVoice.com) – We’ve all met that person who is all too willing to blame everyone else for the bad things that happen to them in life — it’s just a lot more annoying when it’s our elected officials making the excuses.

We’re just a little more than halfway through the Democrat’s reign of terror in 2021, and already they refuse to look in the mirror. Race relations in America are the worst they’ve been in decades. Public education looks more like a social training factory than a place for kids to learn. Due to trillions of dollars in government spending, massive inflation is hitting Americans in the wallet as the country emerges from COVID-19 lockdowns and restrictions. Crime is spiking as the bad guys are not held accountable in the era of the ‘defund the police’ movement. Illegal immigration is the worst it’s been in decades. Perhaps worst of all, the Democrats are pitting unvaccinated and vaccinated Americans against one another.

These are not issues Republicans devised. Instead, they are the consequences of the intense leftward shift of the Democratic Party intent on taking over America. They know the writing’s on the wall. That’s why they are already laying blame for a potential election slaughter on common sense voter laws instead of looking in the mirror. The excuse is a convenient one, but it’s also highly misguided.

In a Monday, July 26, Politico feature article, numerous Democrats expressed deep concern about the impact of common sense voter reform laws in GOP-led states. Conveniently, they blame the GOP for passing supposed voter suppression laws because they are likely to lose in 2022 and beyond. Their idea of voter suppression centers around voter identification requirements.

Democrats believe the laws are so repressive that numerous Democrats and activists recently said they never opposed voter ID requirements. Wait, what? It’s true. The contradictions are wider than the Grand Canyon, proving this is all about politics and not about voter fairness or security.

The Left is looking for an excuse, and they think they found one by creating the reason for a loss that hasn’t even occurred yet. In doing so, they are contradicting themselves. One minute they state voter IDs are racist; the next, they claim they never opposed them.

Is a Reprimand on the Way?

Since January, 18 states have passed common-sense election reform laws that include voter identification or changes to absentee voting. In every instance, these new laws are less restrictive than in deep blue Delaware, New Jersey, and New York. Yet, Democrats aren’t demanding changes to those state’s laws. For that reason, lawsuits filed by leftist groups will likely fail in federal courts.

It’s doubtful you’ll hear that in the media.

The reality is the Democrats could get reprimanded for eradicating all that was good under the Trump administration. According to a recent ABC News/Ipsos poll, 55% of respondents are pessimistic about the country. On May 2, it was 36%. That’s a nearly 20 point plummet in less than 12 weeks. Over the next 12 months, less than half believes things will get better, dropping from 64% in May.

Democrats continue to turn off millions of people. It started in 2016 when Hillary Clinton called moderates and conservatives “deplorables.” The Left threatened and intimidated people in the workplace who don’t support them. They threaten to pack the Supreme Court and eliminate the Electoral College when they don’t get their way. They label all opponents as White Supremacists. They are even pitting the unvaccinated against the vaccinated unnecessarily and wrongly.

Democrats practice the politics of division for political gain. It could come back and bite them hard moving forward. They are exposed, and many Americans disapprove of their radical tactics.

Instead of blaming common-sense election reforms and listening to the fringe of their base, they should try reconnecting with everyday Americans. They may learn something.

For that to happen, it’ll take a crop of moderate Democrats whose numbers are declining in the party hijacked by the far-Left. Don’t expect that to happen anytime soon.

They are too busy making excuses for losses they see coming in 2022.