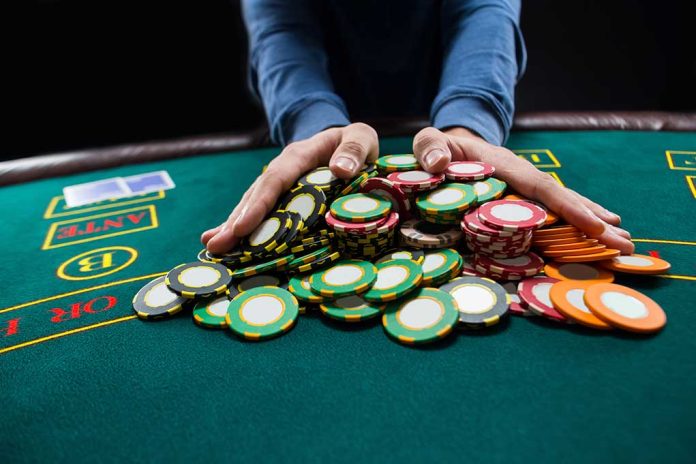 (UnitedVoice.com) – On Friday, November 5, the House did the easiest lifting it’s going to do for a long time. Thirteen Republicans joined Democratic moderates and mainstream Democrats to put the bipartisan infrastructure deal over the top. On Monday, November 15, President Biden officially signed the legislation into law. The process was challenging for Democrats, but decoupling the infrastructure bill from the partisan semi-Socialist Build Back Better Act was a cakewalk compared to what’s coming.

House Speaker Nancy Pelosi (D-CA) hopes to pass the Build Back Better Act out of the House by Friday. They are waiting on a cost score from the Congressional Budget Office (CBO). Even then, a new study shows the bill’s true cost, which could jeopardize the legislation. Americans have repeatedly told Democrats they don’t want a bigger government, inflation is a problem, and empty store shelves are alarming. Plus, the Democrats are up against the wall with the debt limit and federal budget once again. Forcing through the Build Back Better agenda is full of risks, and voters worry it could break the bank.

It’s Coming to a Head

The last few weeks were quiet on Capitol Hill. It’s a reprieve from all the Democratic-induced chaos of the previous five months. If anyone thought the worst was over, they’ve not been paying attention. It’s just getting started.

By Friday, November 19, the CBO says it will release its analysis of the total cost of the Build Back Better plan. That report could determine if the House will pass something quickly or if it will bog down again. Unfortunately, the CBO isn’t a reliable source for measuring the cost of congressional funding. It only can work with what politicians give it and cannot assume anything else. The politicians want a favorable number and gladly rig the bill to get the cost analysis needed to justify their legislation. It’s an old trick, and it would get people sent to jail for fraud in the business world.

A new study by the nonpartisan Committee for a Responsible Federal Budget revealed the actual cost of the legislation is $4.9 trillion. It assumes no accounting gimmicks, and each piece of the legislation is correctly funded for ten years to align with a ten-year cost. Moderate Sen. Joe Manchin (D-WV) recently expressed concern about the gimmicks and suggested they were a non-starter with him. In an evenly divided Senate, Manchin holds all the cards. Democrats can’t lose a single vote if they want to use reconciliation to pass the bill.

To get around Manchin’s requirement to make the bill smaller, House Democrats didn’t remove a single one of their agenda items Manchin objected to over the last several months. Instead, they used accounting gimmicks such as shortening the funding time of a specific program to three or five years. They assumed, much like Obamacare, once it’s law, political pressure from constituents will force Congress to make it permanent.

That’s one part of the equation. The other part is Congressional Democrats believe passing their agenda will assure their re-election chances in November 2022. If that happens, then they can make the changes permanent, assuming they expand their Senate majority. Unfortunately for them, that’s very questionable right now.

Democrats are misreading the political environment entirely. In Virginia, the election from the top of the ballot down went red. Exit polls showed voters’ biggest concern was the economy. That pattern repeated itself in New Jersey.

In a new Washington Post-ABC poll, 59% of voters say they are concerned the Democrats are going too far in their expansion of government. In April, 53% expressed concern. At the same time, Biden’s approval dropped to a new low of 41% in this poll, and only 39% approve of his handling of the economy.

If you put the data together, it reveals Virginia and New Jersey were not flukes. As inflation continues to plague the country, Manchin is likely to pull the curtain back more and drive liberal Democrats nuts. The CBO score may not kill the bill, but other studies showing the true cost closer to $5 trillion could hurt it badly if not kill it, at least temporarily.

Don’t tell that to Democrats determined to pass the legislation regardless of what the majority of Americans want. Where they are concerned, everyday people don’t know what’s good for them.

If you thought the last five months were tough on your nerves, hold on tight. It’s about to get very intense and very interesting for political junkies like us.