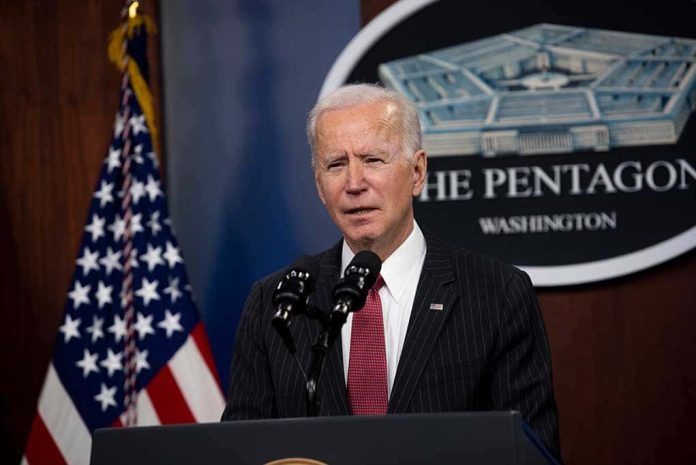 (UnitedVoice.com) – On Tuesday, November 2, Democrats across the country took a beating in state and local races. In Virginia, Democrats sidelined Republicans for nearly a decade as they dominated the executive and legislative branches. The once purple state turned blue, and political observers believed it wouldn’t change anytime soon. Then, out of nowhere, an unknown GOP candidate appeared, and in one night, it all changed. The governor’s mansion, lieutenant governor, attorney general, and Virginia statehouse flipped literally overnight. In extremely deep-blue New Jersey, the incumbent Democrat is hanging on by less than a point in a race he was supposed to win handily.

In exit polls, voters said their top issues were the flailing economy and Critical Race Theory in schools. This much is true: Democratic candidates tried to make the case against Trump and nationalize state and local elections. If the economy was the top issue, that’s on President Biden and congressional Democrats. Despite the repudiation of the Democratic agenda, Democrats are pointing fingers and blaming everyone but themselves.

On Wednesday, November 3, Biden blamed everything from Donald Trump to very Conservative voters for the stunning losses. He said parent concerns in schools and rising gas and grocery prices were to blame. What he didn’t say is he needs to reevaluate the policies driving the problems. Biden won Virginia in 2020 by 10 points and New Jersey by 16 points. Yet, Independents overwhelmingly voted against Democrats in both states. That information aligns with national polls over the last few months suggesting non-party-affiliated voters were siding against Democrats.

Progressives blamed Biden for not showing a stronger backbone and forcing Moderate Sens. Joe Manchin (D-WV) and Kyrsten Sinema (D-AZ) to get on board with his Build Back Better agenda. They argue if Congress had passed the two-track infrastructure proposals into law by election time, this result wouldn’t have happened. Instead of backing off and listening to Americans, the Left intends to push forward at full throttle. Congressional Democrats don’t believe voters, some from their own party, voted against their agenda. They think voters feel Congress didn’t do enough for them.

Democrats are out of touch. A Gallup poll released on October 14 reveals what Americans believe about government. Respondents said the government shouldn’t do so much because they prefer a smaller government over a big government. According to 52% of respondents, they believe the government is trying to do too much. Half of the people said they prefer fewer government services and lower taxes, while only 19% want more of both. People expressed a desire for more government intervention only twice in the last 20 years — the first was after 9/11, and the second was during the government-induced pandemic shutdowns when people couldn’t work.

Democrats seem to be misreading their current situation. Perhaps Sen. Manchin understands this dynamic better than anyone. On Thursday morning, the West Virginia Senator appeared on MSNBC’s Morning Joe.

He told viewers he’s responsible to voters in West Virginia, not to those in other states. Yet, if the country wants to understand him, Manchin said they need to look at what happened in deep red southwest Virginia on Tuesday. Those are the same Conservative voters all over his state. In 2020, 69% of West Virginians voted for Donald Trump.

Manchin said his constituents are concerned about the government’s spending and debt accumulation because it forces higher prices on them, trapping them in cycles of government dependency. His constituents have also expressed concerns about government stability because they face seemingly endless cycles of rule changes every few years based on which political party is in power. In context, his explanation sounds reasonable and accurate.

Progressives don’t see the situation in those terms, which is why they could get shellacked in 2022. On Wednesday, House Minority Leader Kevin McCarthy (R-CA) said after the outcomes of races across the country, Moderate Democrats are no longer safe. He noted 70 Democratic seats are competitive races, and Republicans could win 60 of them.

Voters don’t want big government, semi-socialist policies, and cradle-to-grave programs. Many Democrats don’t believe them. Some say it’s time to pass Leftist legislation and run on it in 2022. Republicans hope they do just that.

One would think Democratic strategists and politicians would have a better read on the country. Apparently, they don’t and could pay the price regardless of what happens legislatively the rest of this year or in 2022.