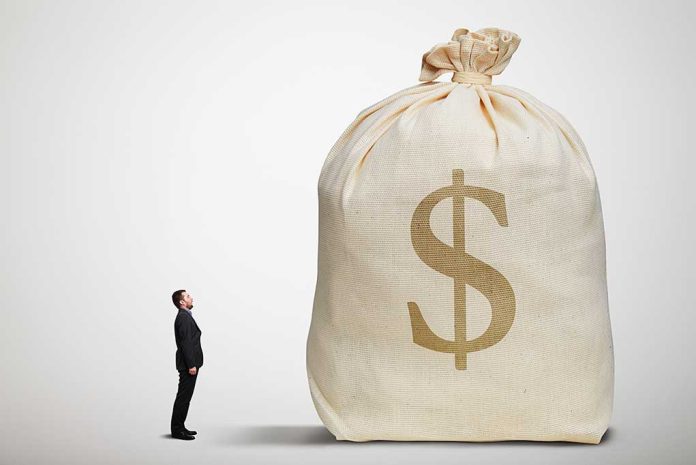 (UnitedVoice.com) – The November 2022 midterm elections are just a little more than ten months away and the primary season is kicking off in full force. In recent days, you’ve probably noticed a slew of political television commercials of candidates promoting themselves and how wonderful they are to the public. In districts or Senate races that are tight or expected to flip to Republicans, Democrats are doubling down on their agenda. It appears America will have some big decisions to make about its future this fall.

In 2021, the Democratic Party shifted to the far-left. Unfortunately for Moderates in the Democratic Party, they may no longer be welcome. The left-wing is furious with Centrists and is targeting numerous House Moderate Democrats this spring in primary elections. A battle is ensuing. If elected, would Moderates vote 95% of the time with the Left, or will Dems elect far-left candidates who vote 100% with their agenda? This spring’s Democratic debate will center around the question of who can spend the most money and expand the government the quickest.

Democrats Want a Contrast With Republicans

The primary season will clearly contrast Progressives and Conservatives. The question is, what is the mood of the country after a tumultuous 2021? 2022 may not be much better if the Left gets its way.

As inflation rises to levels not seen in forty years, Democrats continue to expose their lack of basic economic principles taught in high schools across America. As prices soar, they contend the government must spend more money to lower inflation. It defies common sense.

Democrats’ understanding of economics is the same line of thinking that then-Vice President Joe Biden offered during the Great Recession when he said the only way for the country to avoid bankruptcy was to spend more money. While Democrats embrace the notion that voters want bigger government, it runs smack into conventional theory. In October, Gallup released a study showing most Americans believe the government is doing too much, and only 43% want the government to do more. Once again, only 38% of independents who decide general elections support government expansion.

On Sunday, November 23, NBC released a poll that said its numbers point to Democrats getting shellacked in November.

So, have the Democrats learned nothing in the wake of their failed Build Back Better semi-socialist agenda?

Do Democrats Want Republicans to Win?

If Democrats are rooting for Republicans, then Conservatives should accept their gracious offer. To demonstrate the problem for Progressives intent on bigger government while inflation is sky high and the country faces a potential recession, all one needs to do is look at Virginia. Voters installed a GOP governor and lieutenant governor and flipped the statehouse for the first time in a decade. Voters’ top issue was the economy, followed distantly by education.

Medicare-for-All and green investments don’t have voter focus. Those things don’t matter much to voters when they have to pay more for gas and groceries than they make, or so it might feel to some. Democrats say they want a government that works for the people, but their idea of government isn’t working. Even Democratic economists blame inflation on Democratic spending policies in March 2021.

So, what does that tell you?

Clearly, our economic challenges are due to Democratic policies as we come out of COVID lockdowns, shutdowns, and restrictions. Republicans welcome the debate on the issues that matter to Americans. Talk of anything other than the economy, high prices, and solutions to America’s economic problems is a distraction and a mistake by Democrats. If the GOP benefits from their miscalculation, then so be it.

If Democrats want to talk about doing something big, they will fall into another self-inflicted trap. Sometimes, doing nothing and allowing the economy to stabilize is better than doing something that will make a bad problem horrific.

So, this campaign season, you’ll hear a lot about what the government can do for you. The question is, should it be doing much of anything, or should politicians create a bigger, less accountable, and more intrusive government?

You’ll have a chance to decide how to answer that question in the primary this spring and in the general election in November.