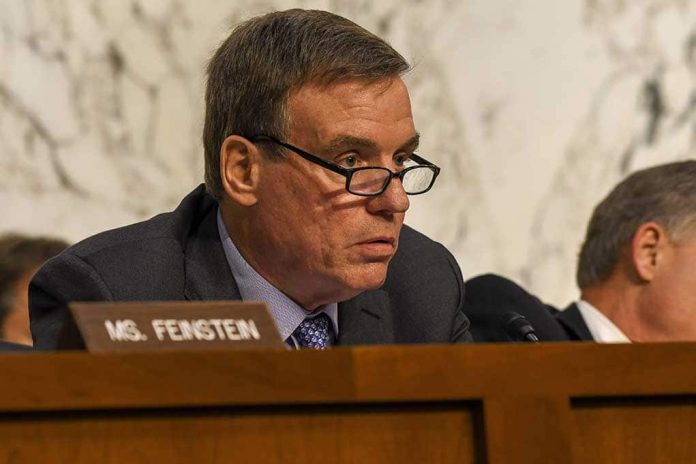 (UnitedVoice.com) – The Democratic Party’s dreams of passing their multi-trillion infrastructure might be just that … dreams. Moderate members of the party are dropping their support for the legislation. Recently, another Dem said he might not vote for it either.

According to a September 14 Axios report, Budget Committee member Senator Mark Warner (D-VA) is signaling he might not vote for the $3.5-trillion human infrastructure bill. However, unlike Senator Joe Manchin (D-WV), Warner isn’t upset by the size of the legislation. Instead, he wants more money added to the bill for housing assistance to close a racial wealth gap he believes exists in the House version.

In a statement to the website, Warner said, “As currently written, this proposal falls short.”

NEW: Sen. Mark Warner warned that he could vote against the $3.5 trillion budget package if more money isn’t added for housing assistance to close the racial wealth gap, Axios has learned.https://t.co/wEdaH3Lo3q

Senator Kyrsten Sinema (D-AZ) and Manchin have also said they don’t support the legislation in its current form. The Arizona lawmaker recently presented her own spreadsheets showing the tax hikes needed to pay for the spending bill.

The defections, if they stand, would mean the Left won’t be able to pass the bill using budget reconciliation. In order to do that, they need all 50 Democratic senators to vote for the legislation. Even one ‘no’ vote means it’s dead in the water.