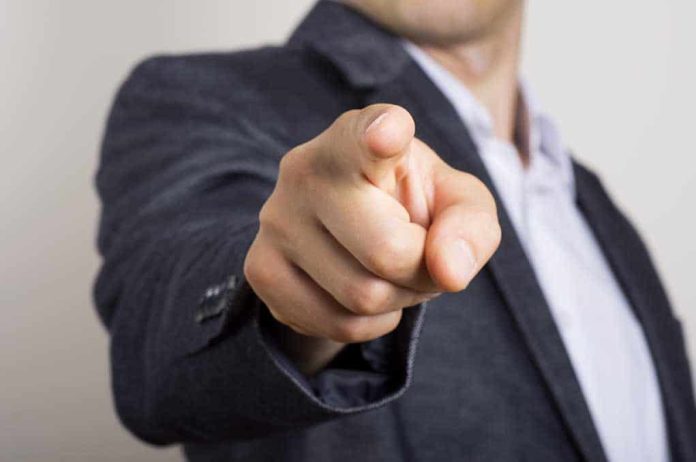 (UnitedVoice.com) – If you’re a Republican running against a Democrat, you should probably concede before a vote is cast. That way, you can spare the country of any contrived controversies. Never mind the responsibility to voters or the electoral system for that matter. If you’re a Democrat, you should fight for every vote. That’s the lesson that’s becoming very clear to Americans.

On Tuesday, November 2, incumbent New Jersey Democratic Gov. Phil Murphy barely defeated Republican Assemblyman Jack Ciattarelli. The vote was intensely close in a hard-fought deep blue Democratic state that should have been a blowout. As of Monday, November 8, Murphy held a 2.59% margin and led by 65,404 votes. The governor is demanding that Ciattarelli concede the election. The Republican challenger refuses to concede a tight race, citing thousands of provisional ballots and mail-in votes still outstanding.

So, what’s the hurry for Murphy? Since 2000, Democrats have routinely refused to concede elections, and at least one recent Democrat still refuses after the 2018 election.

Democrats Speak Out of Both Sides

Ciattarelli has a right to hold off on a concession. In a tight race, an election is not official until it’s certified by the state. Granted, in most cases, those who don’t win an election often concede on election night or shortly after out of dignity and honor for the voters. That’s not been true for many Democrats over the years, and the hypocrisy by Murphy and state Democrats is glaring.

In 2000, Democratic presidential Al Gore fought George W. Bush all the way to the US Supreme Court (SCOTUS), which the candidates put in the unfortunate position of selecting the rules determining a winner and loser. Democrats accused Bush of being an illegitimate president. In Bush’s 2004 presidential campaign, Democratic challenger John Kerry conceded. But, his host of Democratic followers perpetuated a lie that Bush somehow stole the election a second time.

Fast forward to 2018… Democrats were embroiled in a personal war with President Donald Trump. Eager to prove they could defeat him, they put resources into the Georgia Gubernatorial election. Ultimately, Georgia Secretary of State Brian Kemp defeated Democratic activist Stacey Abrams. Did she concede? To this day, she still claims Kemp stole the election and that she is the rightful governor of Georgia. Abrams accused the Kemp campaign of voter suppression and concluded she would not concede because the “erosion of our democracy is not right.”

Good for Me, Not for Thee

In 2020, governors in numerous Democratic states went outside of the law to make it easier for voters to cast a ballot. Mail-in voting, drop boxes, and other means were created, but not authorized by some legislatures. President Trump warned there could be massive voter fraud. Democrats mercilessly mocked Trump with the help of their allies in the media.

Leading up to the 2020 election, former Secretary of State and two-time failed presidential candidate Hillary Clinton told Joe Biden that he shouldn’t concede to Trump under any circumstance. Clinton didn’t trust mail-in voting any more than Trump did, but she tried to paint the picture that the GOP would try to steal the election for Trump. Clinton’s statement received little news, and few Americans ever knew of it.

So, here we are in 2021, and Gov. Murphy wants his challenger to concede. The Ciattarelli campaign says it’s not disputing the numbers and says there is no voter fraud. They simply want the final votes counted before conceding. That seems harmless enough. Yet, imagine the narrative if the shoe were on the other foot. Democrats would be pushing Murphy to fight for every vote because elections matter, or so they say.

The irony is striking. It’s okay to contest an election if you’re a Democrat. If you’re a Republican, you’re a sore loser. It’s time to end the ridiculous narrative.