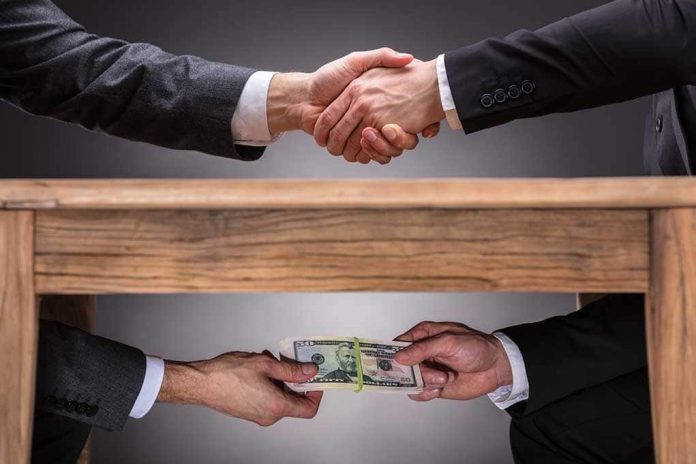 (UnitedVoice.com) – Things are beginning to come to a head in Washington, DC, as Democrats desperately try to pass their two-track infrastructure deal. The bipartisan deal could be in big trouble when the House gets hold of it and adds the Left’s agenda back into the negotiated Senate deal. This week, Senate Majority Leader Chuck Schumer (D-NY) intends to push forward with a radical reconciliation bill that appears doomed before debate on the legislation begins.

On Monday, August 9, Schumer released details of the controversial plan previously known as “human” infrastructure. However, in recent communications, the terminology is no longer being used. Instead, it’s referred to as a budget bill. When politicians abandon a message, there’s usually a reason. In this case, it could be a purposeful design to pull the wool over Americans’ eyes.

Why the Change in Language?

Schumer and radical Socialist, Senate Budget Chairman Bernie Sanders (I-VT), are championing the $3.5 trillion reconciliation proposal. It’s developing more problems than a fragile umbrella in the middle of a downpour. It’s so bad the bill’s likelihood of passing is getting less probable with each passing day.

When politicians change messaging, it’s usually due to a lack of support for a bill. Often, they believe the content of the proposal isn’t the problem. Instead, it’s the delivery. If Americans don’t like what they hear, it must be because the Left isn’t communicating well. So, they change the message to manipulate their audience.

According to a Hill-Harris X poll conducted in May, 69% of respondents said it was more important to pass any infrastructure proposal on a bipartisan basis than to pass a deal quickly on a partisan agenda.

In a No Labels survey of voters in congressional districts, independent voters who determine election outcomes don’t like the partisan infrastructure push over concerns about runaway inflation, potential tax increases down the road, and stifling economic growth. The poll demonstrates the Democrats infrastructure proposal is putting large swaths of Democrats in political jeopardy heading into the 2022 midterm elections.

Publicly, Democrats claim they don’t want to add money to the deficit. However, they acknowledge the massive bill would add $1.3 trillion to the federal deficit in 2022 and rise annually to $1.8 trillion by 2031.

In late July, moderate Sen. Kyrsten Sinema (D-AZ) announced she would not vote for a $3.5 trillion spending package. Sen. Joe Manchin (D-WV) continues to express deep reservations about the bill as well. It only takes one Senator to derail a reconciliation budget proposal.

So, where is this thing headed if one is a hard “no” and the other is likely to join?

Perhaps Sinema and Manchin are listening to their voter’s concerns?

The reconciliation package previously labeled “human” infrastructure by the Democrats is now a budget deal. Technically, any reconciliation bill to get around the opposing party must use the budget process known as reconciliation. So, they aren’t wrong. However, the change in messaging runs up against Congress’ upcoming transition to tackle the federal debt at the end of August and begin negotiations to pass the 2021-2022 federal budget by September 30.

By using the word “budget,” Democrats may try to confuse the reconciliation package with the upcoming federal budget negotiations. Lumping them together through the use of one word could confuse enough of the public to reduce the heat from their base if the bills fail to pass. Admittedly, it takes a skeptic to come to that conclusion, but with this bunch, skepticism is all one has when considering the Left’s tactics these days.

On the surface, it makes no sense why Democrats are embracing a new choice in words. But then again, neither does their plan as they keep pushing legislation that likely won’t pass into law.

It’s as if House Speaker Nancy Pelosi (D-CA) and Schumer are building train tracks hoping to meet in the middle. Instead, they’re miles apart.