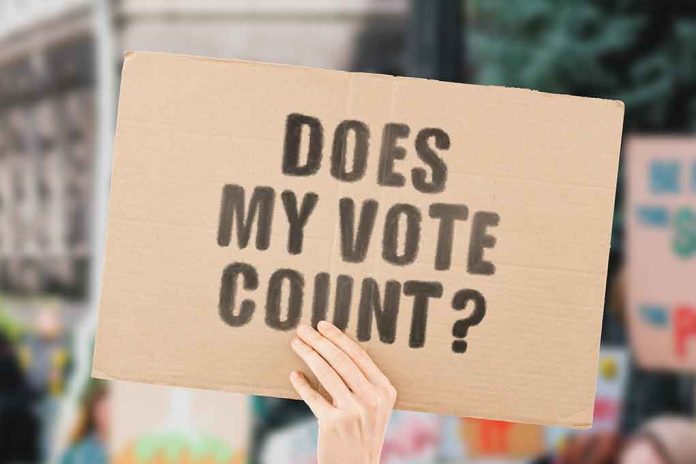 (UnitedVoice.com) – In 2020, numerous states initiated new voting measures for people over COVID-19 concerns. In some states, governors and elected officials sparked an outcry that their extraordinarily generous policies paved the way for allegations of electoral cheating and other improprieties. In the wake of the election, there was a concern regarding the legitimacy of the 2020 presidential election.

To address voter concerns, several GOP-led states reformed their voter laws in 2021. They said the new election rules would restore trust in the electoral system. In April, President Joe Biden started accusing Republicans of passing racist Jim Crow election reforms that suppress minority voters. The baseless claim picked up speed, and Democrats have been trying unsuccessfully to pass a federal takeover of elections that creates more integrity questions than answers.

Biden even recently called into question the legitimacy of the upcoming 2022 elections during his Wednesday, January 19 press conference. Still, Biden and Democrats never defined how the GOP was suppressing voters. Until now.

It’s widely reported that many Democratic-led states have much higher restrictions on voting rights than GOP-led states. In the Northeast, numerous Democratic states don’t allow drop boxes, and at least one doesn’t even allow early voting. Yet, there is hypocritical silence from the Left regarding that matter. They simply ignore the issues in their own states as they try to paint a false picture of Republican states.

Few in the media are exposing the truly political nature of what Democrats are really alleging – they can’t win elections if there are rules in place.

On Sunday, January 24, Sen. Chris Coons (D-DE) opened his mouth and inserted his foot on ABC’s “This Week.” Host Martha Raddatz asked Coons to define how Republican laws suppress minority voters. The answer was both telling and shocking.

Coons said the evidence of GOP voter suppression was overwhelming. Are you ready for it? Here it is:

Coons alleged that the states made it much easier for people to vote in 2020. That may be true. Still, removing pandemic voting options isn’t akin to voter suppression or racism. Did Delaware Democrats do what he’s alleging GOP states did? Of course, his state is one of the most restrictive voting states in the country. Arizona, Georgia, Iowa, and Texas have much more liberal voting practices than Connecticut, Delaware, New Jersey, New York, or Rhode Island.

None of these issues is proof of voter suppression. Even Federal courts and the Supreme Court say that’s true in Arizona and Georgia. Coons just got Biden and his party in trouble for defining voter suppression. Outside of partisan Democrats, who will believe them now? Democrats tried using voter suppression to justify their radical election reforms that failed last week, but at least the media started exposing them.

We are seeing this play out. On January 13, a Wisconsin judge ruled that elected officials didn’t have the authority to place 500 drop boxes statewide. The Democrats’ narrative is falling apart, and the only thing holding it together is the media, who refuse to cover the facts of the 2020 election.

As Democrats continue to upend the public trust in the electoral system, it could come with significant consequences. Let’s hope the charade stops before it grows out of control. It begins with the Democrats holding themselves accountable for lying about voter suppression that doesn’t exist.