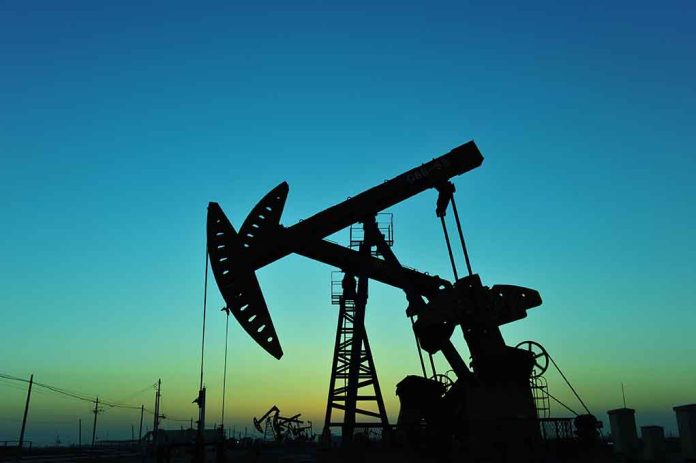 (UnitedVoice.com) – In 2022, President Joe Biden ordered the release of tens of millions of barrels of crude oil from the Strategic Petroleum Reserve (SPR). Some of that oil went onto the international market, allowing countries to purchase it. China was among those that took advantage of the opportunity. Lawmakers have now passed a bill to block the communist regime from ever purchasing SPR oil again.

On January 12, the House of Representatives passed the Protecting America’s Strategic Petroleum Reserve from China Act (HR22). Rep. Cathy McMorris Rodgers (R-WA) introduced the legislation. It would prevent selling and exporting SPR oil to the communist country. Lawmakers overwhelmingly agreed (331-97) to limit China’s ability to purchase reserve oil. All of the opposing votes came from Democrats.

We’ve said it before, and we’ll say it again: Energy security IS national security.

The US government created the SPR in 1975 in the wake of the Arab oil embargo that wreaked havoc on the US economy. It’s the largest crude oil reserve, and administrators use it to stop disruptions to the supply chain. International energy agreements obligate America to release crude oil and its products.

In 2015, Congress lifted the 40-year ban on oil exports, allowing oil sales on the international market. That opened the door to what’s happening now, but HR22 would close the loophole allowing the Chinese government to exploit the oil sales.

Reuters reported Rep. McMorris Rodgers said the US “shouldn’t hand the keys to our energy future over to the Chinese Communist Party.” She also accused Biden of “wasting [America’s] strategic reserves.”

Although the House passed the bill, it headed to the Senate. Democrats hold the majority in the upper chamber, leaving the legislation’s fate in the hands of Majority Leader Chuck Schumer (D-NY) and his caucus. It’s unclear whether the senators will support the bill as more than 100 of their Democratic colleagues did in the House.