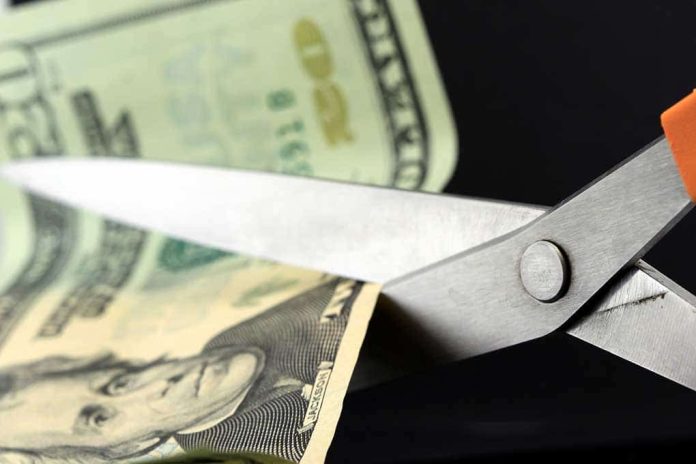 (RightWing.org) – In 2020, Democrats in America’s largest cities defunded police to the tune of billions of dollars. In the wake of police departments straining to keep up with their daily demands, crime is spiking across America. If that weren’t enough, Congressional Democrats are defending a controversial plan that has no defense. They are planning to cut a significant amount of money from the Border Patrol faster than the Roadrunner can get away from Wile E. Coyote.

It’s not quite the “Abolish ICE” movement that some far-left Democrats have clamored for since 2018, but they put their best foot forward. On Tuesday, June 29, House Democrats announced they are proposing slashing deportation operations by 25%. The move would block the Department of Homeland Security (DHS) from hiring new Border Patrol agents, erase a large segment of former President Donald Trump’s border wall, and eliminate detention of families by law.

It appears that Democrats are ready to reinforce their reputation that they are hard on law enforcement but soft on crime. Illegal immigration skyrocketed in the first half of 2021 to a 21-year high. Polls suggest that voters disapprove of how Biden’s handling the border crisis. In May alone, a near-record 180,000 illegal immigrants crossed America’s southern border.

The number has risen significantly each month since President Joe Biden took office on January 20. In March, illegal immigrants wore T-shirts thanking Biden as they crossed the border. At one point, while parts of the country were locked down last spring, immigration authorities were forced to release people onto buses who tested positive for COVID-19.

Instead of working to curb the tide of illegal immigration, House Democrats are trying to create new ways to help more come to America illegally. It’s political malfeasance at its best. On Tuesday, July 6, the House Appropriations Committee approved a $52.8 billion budget for DHS — 25% less than in the fiscal year 2021, which began on October 1, 2020 and ends on September 30, 2021.

How bad is the bill? It would:

The Democrats say their plan is designed to protect children and families who cross the border and pose no safety risk. Democrats also say they are trying to prevent the over-retention of migrants and would fund a $3 million childcare program for unaccompanied minors.

Defunding the border patrol is another example of the recklessness of the Democratic Party. Not only is illegal immigration not good for America, incentivizing it is terrible for migrants who take the long and dangerous trek northward. The only ones benefiting from illegal immigration are the human smugglers making millions of dollars off people’s hopes.

Once again, the Democrat’s incompetence puts them at odds with voters who may show them the door in 2022. While Democrats may try to defend the plan, there is no good defense for it.