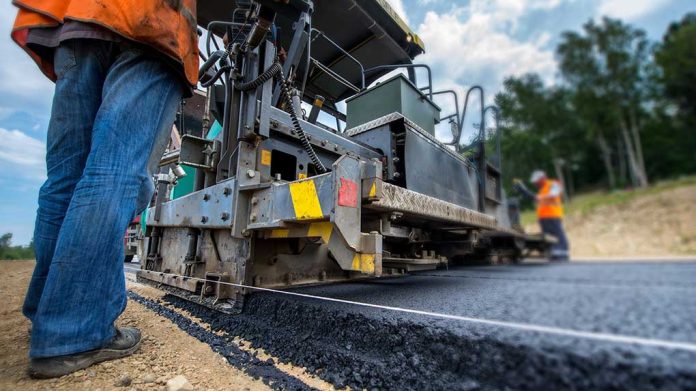 (UnitedVoice.com) – When the framers created the US House of Representatives, they designed it with a distinct role in mind. The House was to serve as a gathering for pressing, everyday matters of citizens. In addition, Representatives were closer to the people in their districts and more aware of constituent concerns and public opinions.

Some of that is still true today. However, political parties have a more considerable say in matters than the general public. At this moment, a debate is raging inside the Democratic Party over Joe Biden’s two-track infrastructure plan. Moderate Democrats are trying to wake up their leadership to the needs of their constituents. Party leaders appear more intent on partisan ideology and maintaining their majority in 2022. The collision course between the groups shows infrastructure was never about what’s best for America. It’s about what’s best for Democrats.

Did Democrats Just Prove Infrastructure Was About Re-Election?

Voters know politicians generally act in their own best interest. However, voters hope their desire to be re-elected means they’ll listen to citizens’ voices. In 2014, Republican Majority Leader Eric Cantor (R-VA) was supposed to cruise to reelection. However, he was more focused on party leadership and partisanship than his constituents. Cantor lost a stunning primary election due to his neglect of his district.

In 2021, Moderate Democrats are trying to enlighten their party leaders, who refer to them as a fringe wing. It’s proof of the Left’s complete hijacking of the Democratic Party. Nonetheless, Moderates aren’t caving to the far-Left as they listen to the needs of their constituents. A group of nine Centrists insists Pelosi must allow a vote on the bipartisan infrastructure bill to help families in need. They are adamant the leadership must not tie the bipartisan deal to the $3.5 trillion partisan reconciliation proposal because Congress might not vote on the larger measure until the fall. Even then, the likelihood of a bill passing isn’t good. The nine Centrists say they will block a vote on the reconciliation package if their demands go unmet, effectively killing any hopes of passing a resolution in the House and allowing the Senate to move forward.

Unfortunately, House Speaker Nancy Pelosi (D-CA) and her leadership team seem more preoccupied with power than service. The Speaker’s adamant the House will vote on the partisan bill simultaneously with the bipartisan deal. She’s trying to force the hands of Senate Moderate Democrats, who are signaling their opposition to the reconciliation proposal. Think of it as a quid pro quo. If she doesn’t get the reckless partisan bill, the Moderates don’t get their bipartisan one.

On Tuesday, August 17, House Majority Whip Rep. James Clyburn (D-SC) said passing both bills is “critical for us maintaining our majority, and that must reign supreme.”

Why Clyburn’s Words Are Important

Clyburn is the third highest-ranking Democrat in the House. As the Whip, he knows who is for and against any legislative measure. It’s his job to make sure party members fall in line with the leadership’s agenda.

Clyburn is hinting the vote count doesn’t look hopeful for the leadership if they force the House to vote on Monday as planned. Pelosi will try to force the Moderate’s hands and call their bluff. As of Wednesday, not a single Moderate is backing down.

What’s important to grasp is Clyburn’s words indicate the mood of the leadership. They know their majority is in jeopardy in 2022. Their brazen lust for power knows no end. Pelosi will go to any length not to lose the Speakership as she did in 2012. There appears to be panic at the party’s top as the writing may be on the wall.

Clyburn exposed the truth: the infrastructure packages were never about America. It was all about the Democratic Party.