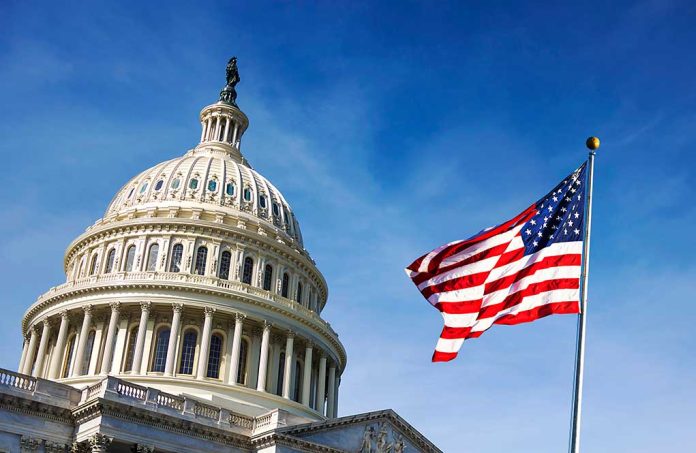 (UnitedVoice.com) – Building a business is long, hard, painful, tedious work. It takes time to build an incredible company, and there are no shortcuts. Try telling that to politicians who believe they can do the improbable. Congress routinely waits to the last minute to do both the routine and extraordinary. Many times, the rush to meet deadlines creates poorly written legislation and massive loopholes. Sometimes it’s so egregious one must wonder if it’s intentional.

As September turns a corner and heads toward the final sprint of the month, Congress is in a nearly impossible situation. Yet, Democrats portray optimism despite reality and their lying eyes. In the next ten days, they must:

By any measure, the Democrats seem to have put themselves in a position to fail. It usually takes months to work on one bill, and the Dems are trying to pass four controversial ones all at the same time. Their push to transform America could backfire hard, regardless of whether they are successful or not.

How Will They Get It All Done?

The enormity of what’s in front of the Democrats doesn’t escape them. Yet, they continue to express optimism as their agenda withers on the vine. In just the last week, Sens. Joe Manchin (D-WV) and Kyrsten Sinema (D-AZ) again said they wouldn’t vote for a partisan $3.5 trillion human infrastructure bill. Both say the cost is too high, and Manchin says he’ll consider a $1 trillion to $1.5 trillion bill. Over the weekend, he once again called for a delay of the reconciliation proposal into 2022.

So, instead of listening to Manchin, who’s been firm for months, the Democrats chose to waste time rushing together a reconciliation bill in the House and Senate that would transform America at a moment’s notice. House Speaker Nancy Pelosi (D-CA) and Senate Majority Leader Chuck Schumer (D-NY) are under intense pressure to deliver Biden’s signature policy agenda in the coming weeks. The Left knows it only gets one stab at it because the GOP is poised to take back the House, Senate, or both in 2022. If they don’t pass it now, they likely won’t pass it at all ahead of the 2022 primaries that kick off after the first of the year.

In a 50/50 divided Senate, a reconciliation bill cannot pass without all 50 Democrats voting for it. Apparently, the Left will do its thing, ignore Centrists who can kill the bill, and waste time when the urgent need is the 2022 federal budget and separate debt ceiling issue. The strategy is fraught with danger as the party infighting escalates and the failures mount. As of Monday morning, September 20, the following are going against the Left.

Last week, House Centrists killed the linchpin of the Democrats agenda: the prescription drug price plan. Without it, they can’t pay for other socialist policies because they can’t blackmail drug companies into lowering prices for Medicare.

Why is this important? Because reconciliation can only impact the federal budget. It’s not a policy-making process to bypass the minority party, per Senate rules.

On top of the fights for the reconciliation process, Democrats are threatening to break their promise to Centrists on the Senate bipartisan infrastructure vote that Pelosi guaranteed would happen on September 27. Even if it does happen, the Left promises to torpedo it, possibly infuriating Moderates further and empowering them to do the same to the reconciliation package.

So, in the face of mounting obstacles, Democrats prefer to focus on the unnecessary at the expense of the required. The Constitution requires a federal budget by October 1. The law requires Congress to pay for its spending. Democrats believe they can pass a measure to suspend the debt ceiling until December. Still, it’s not clear how without Republicans who vow to do what’s necessary to make it hard for the Left to pass their socialist agenda.

Where does the mess the Democrats created leave America one way or the other? It depends on the consequences. If people feel the impact through economic repercussions, the backlash against the Left may be severe. It was always a political calculation. Democrats say failure isn’t an option.

Yet, it’s hard to see where success is viable.

There are a lot of landmines ahead. Stay tuned for the surprising, shocking, and unexpected. We’re in some uncharted territory.