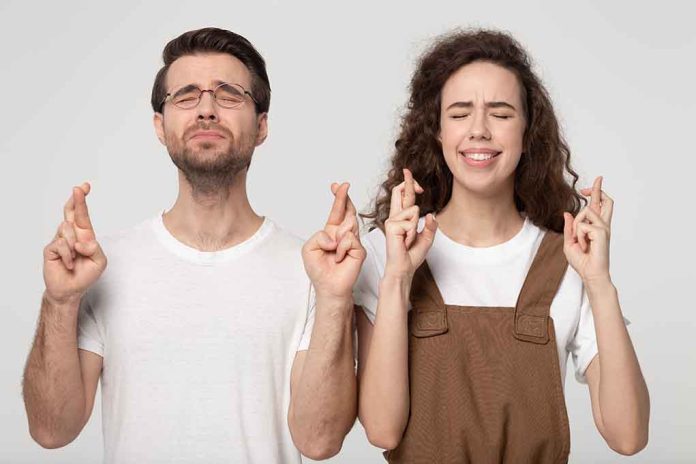 (UnitedVoice.com) – In 2021, Democrats attempted to push two irresponsible voting rights bills into law. They wrongly claimed that GOP-led states passed election reform laws to discriminate against minority voters. Standing in their way were 50 united Senate Republicans who said Democrats sought to hijack elections by stripping states of their election responsibilities by federalizing them. The GOP successfully filibustered the bill and denied Democrats a chance to radically change election laws that would benefit them.

This week, Democrats face another moment of truth. Senate Majority Leader Chuck Schumer (D-NY) says he will bring voting reform legislation to the Senate floor. If the GOP blocks it again by denying the Senate 60 votes in an evenly divided upper chamber, he will move to carve out the filibuster on a party-line vote. While he likely doesn’t have the votes, the GOP warned Schumer to think twice. If Democrats successfully do it, the GOP is ready to make them pay the price.

On Monday, January 10, the GOP said if Democrats successfully carve out a filibuster exception for their radical voting reform proposals, they will force a takeover of the Senate agenda. Senate Minority leader Mitch McConnell (R-KY) said that if Schumer is “hellbent” on following through with the irresponsible action to weaken the filibuster, there would be immediate consequences.

In 2012, then-Democratic Senate Majority Leader Harry Reid (D-NV) carved the filibuster out for the nomination of federal judges. The move ultimately backfired and led Republicans to end the filibuster in 2017 for Supreme Court justices. Democrats helplessly sat on the sidelines as Republicans confirmed all three of President Donald Trump’s conservative nominations. While Democrats complained, they did it to themselves.

Based on McConnell’s threat, the consequences would be immediate, severe, and electorally painful this time. If Schumer follows through, Republicans intend to force debate on tough bills for Democrats that Schumer sidelined over the last year. Senate Minority Whip John Thune (R-SD) said the legislation would have the support of all 50 Republicans and at least 1 or more Democrats to pass.

What kind of bills would the GOP be able to force through on a simple majority? They would be able to bring a vote on more than a dozen proposals that would be difficult for vulnerable Democrats running for re-election to deal with.

So, what are some of the legislative proposals the GOP could force a vote on?

If forced to vote, it could make re-election efforts challenging for Democratic incumbent Sens. Raphael Warnock (D-GA), Mark Kelly (D-AZ), and Maggie Hassan (D-NH). Pollsters expect each of the three Senators to be in tough races, which are considered toss-ups at the moment.

Then there’s another issue: if Democrats didn’t like the Supreme Court confirmations, they wouldn’t like what happens if the GOP takes over in 2023. They could shut down the entire Biden and Democratic agenda. For months, Sen. Joe Manchin (D-WV) said he wouldn’t vote to carve out or eliminate the filibuster over concerns that one party would undo previous efforts of the other and create a vicious cycle of instability.

Based on that alone, don’t expect Manchin, or Sen. Kyrsten Sinema (D-AZ), to go along with the Democrats’ weakening of the filibuster. Still, anything could happen. Will the Democrats’ filibuster and voter rights agenda go the way of Build Back Better?