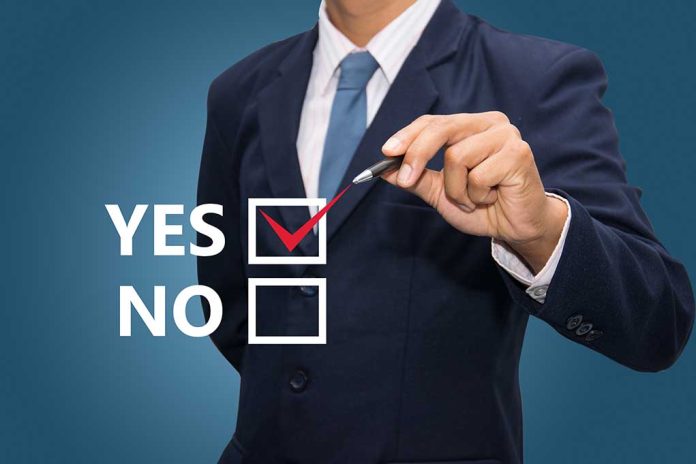 (UnitedVoice.com) – After the 2020 murder of George Floyd, Democrats across the country called to defund the police. The party’s progressive wing led the charge, while moderates warned it was a bad message. Now, the party has set aside its difference to pass four significant bills.

On September 22, House Democrats passed four police-funding bills. The passages came after months of infighting within the caucus. Progressives threatened to block the bills because they increased funding for law enforcement departments and didn’t include some of the accountability measures they wanted. Ultimately, party leaders were able to bring the two factions together.

This bill will make real progress to invest in local law enforcement. pic.twitter.com/cdUhiguIoA

According to reports, the legislative pieces are an effort by the Democratic Party to change the narrative that they’re soft on crime ahead of the midterm elections. Many cities across the country have experienced deadly crime waves.

The measures are now in the Senate, where Republicans have filibustered them. They will need 60 votes to pass. It’s unclear whether lawmakers have the votes necessary to pass the police funding through the upper chamber.

Do you support increased funding for police departments?