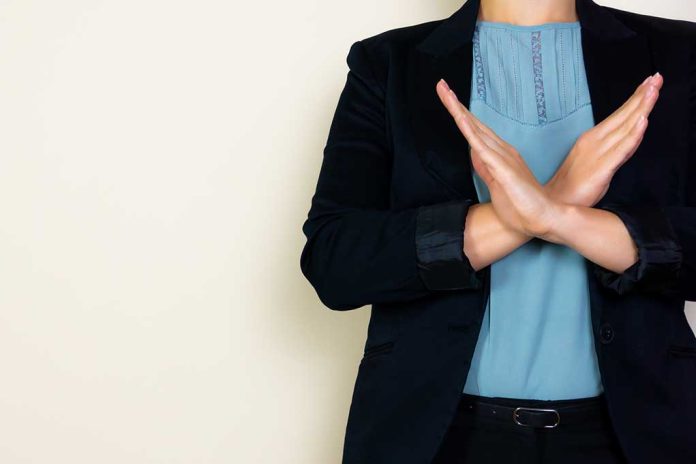 (UnitedVoice.com) – In 2021, Democrats took control of the House, Senate, and the White House. Along with their newfound power, they held aspirations of transforming America into a left-wing utopia. Despite upcoming claims to the contrary, the Democratic Party pushed several open border and amnesty proposals on Americans.

In 2021, approximately 2 million illegal immigrants flooded the US southern border. Should it be a surprise? President Joe Biden said he didn’t know why they were coming. Could it be that he said in 2020, during the presidential election, the US could welcome millions of immigrants without any concern whatsoever? The president openly invited illegal immigrants to enter the US. In 2021, he and congressional Democrats did everything possible to incentivize unlawful migration. Now that it’s political season, incumbent Democrats running for re-election are supposed to deny their actions and proposals.

Another Scam on America

America, your eyes are deceiving you, or so the Left wants you to believe. In reality, Democrats are committing the only deception. On inauguration day in 2021, the Biden administration proposed a pathway to citizenship for millions of illegal immigrants. Congressional Democrats called it the US Citizenship Act of 2021. They designed the legislation to provide an 8-year path for illegal immigrants to gain US citizenship. Ultimately, it died in the Senate due to a 50/50 split between Democrats and Republicans.

Unfortunately, that’s not all. The Biden administration:

In Congress, Democrats tried to slip immigration provisions and amnesty into their partisan reconciliation Build Back Better proposal. It was met with resistance by the Senate parliamentarian and died. They proposed:

As Americans get upset with Democrats who undermine immigration law prepare to use their actions and votes against them in the upcoming midterm elections, the Left is developing a novel playbook. The Democratic Congressional Campaign Committee recommended vulnerable incumbent Democrats deny they support open borders or amnesty. Instead, the fundraising wing of the party suggested members talk about their efforts to keep the border safe.

Good luck with that plan.

So, if they can’t get America onboard with their illegal immigtation plans, the solution isn’t to change their policies. It’s to disseminate misinformation and disinformation to the public. That sounds like a genius plan. Who thinks this stuff up?

Don’t they know there is a congressional record of all their votes? There are public transcripts of speeches on the House and Senate floor. What about previous campaign speeches, television interviews, and old internet records. This isn’t the 1800s when it was difficult to get records. It’s all out there in the open.

The answer isn’t to insult Americans into believing a falsehood. If Democrats are going to push for open borders and amnesty, why not say it? After all, their record is in plain sight for all to see. Denying it only adds insult to injury.