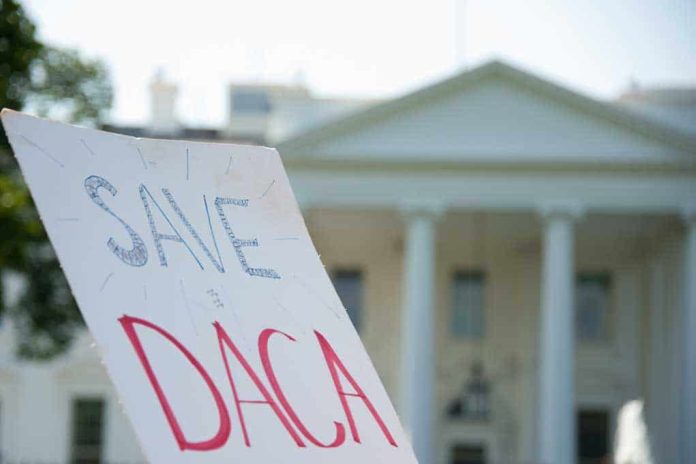 (UnitedVoice.com) – Senate Democrats are considering using the reconciliation process to force through a bill giving even more rights and money to immigrants. They’ve been trying for months to push the bill through, despite being unable to get a majority for it. Now they plan to short-circuit our democracy yet again.

Durbin: “I’m not going to rule out the reconciliation bill, and I will just tell you that I think the purpose of this meeting is to fortify our belief that this President is committed to those who receive DACA and eligible through the DREAMACT as well as others….” https://t.co/eyYd1V1ojC

On July 29, Senate Majority Whip Dick Durbin (D-IL) told reporters that, after four months of failure to build a majority for the Deferred Action for Childhood Arrivals (DACA) bill, he’s looking at using reconciliation to force it through the Senate. So far, Durbin has introduced the bill five times – and it’s been defeated every time. Instead of just accepting that there’s no majority for it, he’s planning an end-run around Republicans.

DACA is an Obama-era policy that lets children who came to the US illegally avoid deportation and get a Social Security number and work permit. Former President Donald Trump attempted to rescind it but the Supreme Court denied his Executive Order. The fact is Congress is the governing body that needs to make DACA legal. Unfortunately for them, as Durbin freely admits there’s no Senate majority for it.

Durbin says he plans to sit down with Republicans and persuade them to support it, but he’s been trying that for months. If it keeps failing, he said, “I’m not going to rule out the reconciliation bill.” No matter what it takes, Biden plans to let immigrants stay in the country – even when democracy says no.