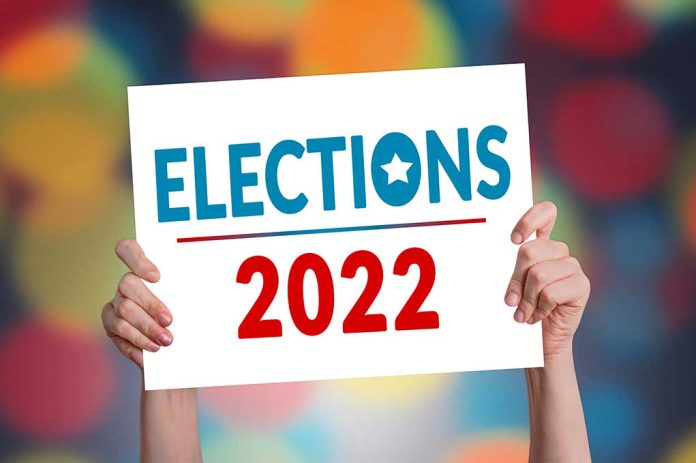 (UnitedVoice.com) – America underwent a challenging phenomenon in the wake of the 2020 presidential election. Democratic state government-induced lockdowns and shutdowns led to questions of voter integrity. Conservatives voted against certifying the Electoral College. Then there was the January 6 riot on Capitol Hill, followed by the second impeachment of then-President Donald Trump. It appeared the potential existed for Democrats to get away with their crazy far-left agenda.

Then Joe Biden happened. The far-left of the Democratic Party exposed themselves as they went too far Left. In the first quarter of 2021, Democrats held a sizable voter advantage over the GOP. They squandered it all by the end of the year, and the GOP flipped their disadvantage with voters into an advantage. Initially, Republicans felt deflated in early 2021. Now, they’re feeling energized as the country lines up behind them against the radicalness of the Democratic Party.

Democrats Should Be Shaking in Their Boots

Where did it all go wrong for Democrats who thought they might have a chance of fundamentally transforming America’s political, economic, and cultural systems? On Monday, January 17, Gallup released an insightful survey showing Americans aren’t just souring on President Joe Biden, whose latest poll shows him with only a 35% approval rating. America is abandoning Democrats.

In the first quarter of 2021, Democrats held a nine-point advantage over Republicans. Over the year, it collapsed. There were warning signs as early as April. The great unifying president turned on half the country. Let’s look at what Biden did.

The list goes on and on. The worst part is, it all happened in less than one year.

While the Democrats intended to change America, they struggled with voters who didn’t vote for change. They thought they were voting for a moderate president who would calm things down. Weren’t they surprised to learn that Biden embraced the far-left and went on the attack against 70 million Americans who voted for Donald Trump in 2020?

GOP on the Rise Among Voters

So, is it any wonder that the GOP flipped a nine-point negative into a five-point advantage in 2021? Gallup says the massive swing is likely due to Biden’s plunging ratings and GOP electoral victories in Virginia and New Jersey. When Biden assumed office on January 20, 2021, he had relatively strong approval ratings. That’s normal in a honeymoon phase. Biden’s problem was the honeymoon ended before it really got started.

The key to electoral success continues to be independents. In the second half of 2021, they abandoned Democrats. In a recent ABC News/Ipsos poll and PBS NewsHour/NPR/Marist poll, Biden is hemorrhaging support from the core group that elected him in 2020:

So, what does this mean? It means the Democrats are in big trouble ahead of the midterm elections if these numbers don’t turn around fast. The political winds continue to become more favorable for the GOP.

If Democrats struggle to turn out their base, which is somewhat normal in off-year presidential elections, the GOP overperforms as expected, and independents vote with Republicans, November 8 could be a great night for Conservatives intent on ending the Democratic reign of terror.