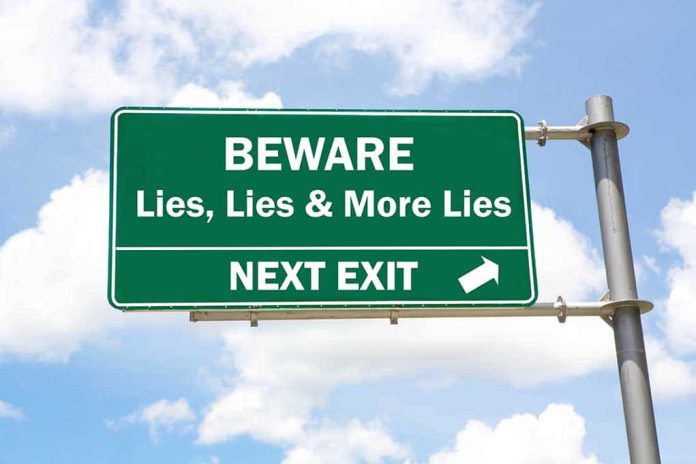 (UnitedVoice.com) – For nearly two months, Democrats rushed their attempt to pass a $3.5 trillion “human” cradle-to-grave infrastructure deal they claimed was highly popular with Americans. In interview after interview, Democrats tried selling America through the power of Jedi mind tricks instead of facts. Rarely did they go into specifics while claiming Americans supported their proposals, but they loved to repeat the claim that the public gave them a mandate to transform America.

Sure, perhaps on the surface, many people like some or even many of the ideas. Who doesn’t want to pay less for prescription drugs or get expanded medical benefits? Who doesn’t want to pay less for college? The list goes on. Yet, when people start looking at the proposals and the costs attached to them, they change their minds quickly. On Sunday, October 31, a new ABC News/ Ipsos poll revealed Americans don’t support the bill nearly as much as the Democrats claimed, and many have no idea what’s even in it to make an informed decision.

Once Again, Democrats Use Misinformation

Psychologists say persuasion requires repetition to embed an idea as truth, whether it is or not. Repetition can change people’s minds, and when used without facts, it can harm one’s position or credibility when the truth is exposed.

Here we are again. Democrats used misinformation and repetition to try to shove the Left’s agenda down America’s throat. Yet, two Democrats slowed down the legislative rush job and injected reason into the debate. In turn, Sens. Joe Manchin (D-WV) and Kyrsten Sinema (D-AZ) cast doubts about whether people really supported the initial $3.5 trillion semi-socialist proposal.

The new ABC News/ Ipsos poll cast more doubt on the Democrat’s narrative that their bill is popular. The survey said 34% of Americans believe the bill helps America, and 34% say it will harm the country. Only 6% say the massive spending will not impact the economy, and 25% say they don’t know the potential impact the legislation may have on the country.

That’s hardly a mandate as described by Democrats trying to persuade America to swallow their poison pill. It gets better. When it comes to their personal finances:

A Trend Is Developing

It appears there’s a trend here. Once again, Democrats tried to oversell their plan to the public. While the Left and some in the media love to peddle the “misinformation” game, it’s Democrats who engage in it for political benefit. For example…

Democrats in Congress tried to sell the lie that Donald Trump colluded with Russia and used the FBI to substantiate their false claim. They impeached the former president over a routine phone call by falsely suggesting Trump offered a quid pro quo to Ukraine.

The January 6 Select Committee is a partisan investigation into a riot on Capitol Hill they claim Trump is responsible for while the Department of Justice investigates with supposed impartiality. Now, Rep. Cori Bush (D-MO) is pulling out the race card to attack Sen. Joe Manchin (D-WV) because he is calling for the Left to slow down the reconciliation process, stop the accounting gimmicks, and ask the Congressional Budget Office to score the legislation when it’s entirely written.

Perhaps there’s a reason Democrats tried to rush the bill. In 2010, House Speaker Nancy Pelosi (D-CA) said of Obamacare that Congress needed to pass the law to find out what was in it. It worked then. It’s not working now. Could that be the real reason the Democrats are turning to misinformation and rushing the process? They know America won’t like it, but it won’t matter after it’s already law.

Is America catching on to the age of repetitious misinformation?

One can only hope.