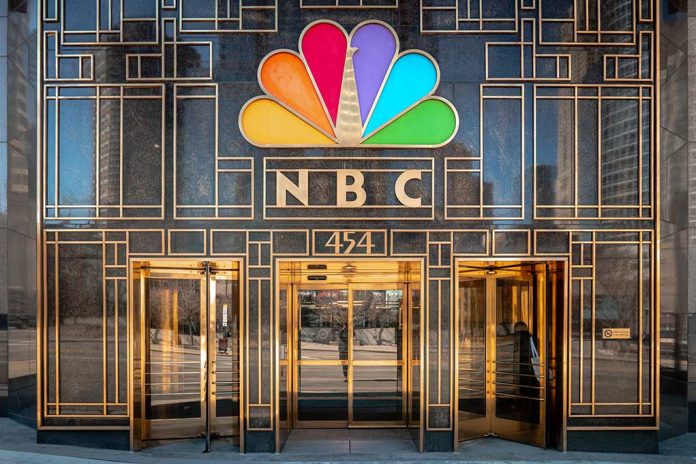 (UnitedVoice.com) – According to a new NBC poll, everything you’ve heard about vaccine hesitancy among minority groups is wrong. That’s despite mounting data suggesting otherwise. Nonetheless, the poll indicates many blacks and Hispanics are vaccinated when more reliable sources say otherwise. So, why is NBC putting out a fake survey?

Once again, a left-leaning news agency poll is out of step with reality. According to official data, the survey can’t be accurate. What’s going on here? Did the pollsters get duped by respondents, or are they trying to mislead America? This issue isn’t about vaccines, whether one should get inoculated or not, etc. What this is about is exposing a misinformation campaign by the media.

During the week of August 23, the liberal journalists at NBC worked overtime to promote their poll with highly misleading information. NBC White House correspondent Mike Memoli stated black voters were “most” likely to be vaccinated. While that statement may not be true, what followed was worse. He stated, “And then this breakdown: 91% of Biden voters are already vaccinated vs. 50% of Trump voters. 27% of Trump voters say they won’t get vaccinated, vs. 2% of Biden voters.”

So, once again, a liberal outlet is using disputed facts to claim America has a Trump-supporter problem.

Broken down by race, The research firm behind the poll provided the following to the Washington Examiner but kept it from release with the survey. The Examiner reported “attitudes toward the vaccine” broke down as follows:

Once again, the same pig with different lipstick makes an appearance. The media is still trying to portray conservatives as the skeptics of COVID-19 vaccinations. For sure, many are concerned about the vaccinations and refuse the shots. However, they are far from alone.

The Centers for Disease Control (CDC) collected data on over 202 million Americans who received at least one COVID vaccination. The Kaiser Family Foundation (KFF) used the data to compile their statistics. Nearly 60% of the data includes race and ethnicity. Broken down by race, the CDC said the following groups reported get at least one shot:

That’s a radical difference from the NBC poll. However, it doesn’t end there. The Kaiser Family Foundation and New York Times agreed with one another. The truth is, there isn’t a single group refusing to get vaccinated. The unvaccinated are predominantly people who find little reason to put their trust and faith in the government who continues to mislead Americans and abuse their powers.

Why the Extreme Differences

Pollsters arrive at conclusions based on two things:

Regarding the sample sizes, the NBC poll heavily skewed the demographics. Out of the 1,000 respondents, black respondents only accounted for 13% and Hispanics for 4%. When numbers are this low, it’s going to present an inaccurate result. While it may not be the only reason, it’s an influential one.

One should never take a poll’s findings at face value.

Once again, NBC hyped a fake poll for what appears to be one purpose: To discredit conservatives.

Will it ever end?