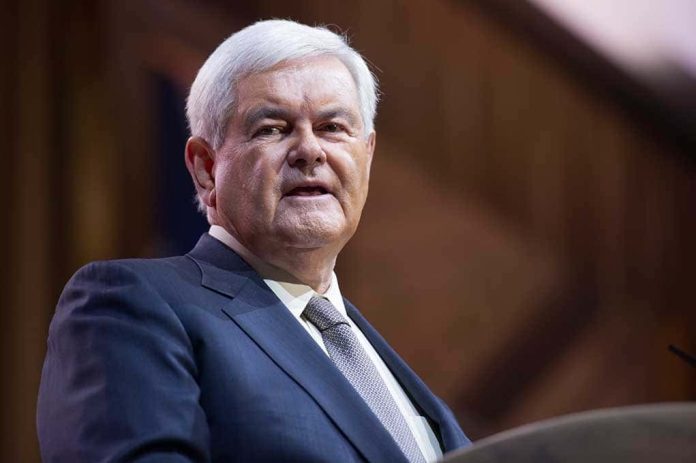 (UnitedVoice.com) – In 2020, Republicans successfully defended every incumbent in the House and somehow stole 16 seats from Democrats. It was unexpected and a complete coup in a year when many political scientists expected the GOP to lose seats instead. Winning and losing an election comes down to a combination of factors, including fortunate circumstances, solid messaging, and well-timed communications that align with voter interests.

By election day in November 2020, violent protests in cities across America rocked voters. Leftists defunded the police. Violent crime was on the rise. In that context, congressional Democrats promised America they would transform America into a socialist country. It was too much for many voters. Now, former Speaker of the House Newt Gingrich believes 2020 paved the way for Republicans to win big in 2022 and beyond, and he’s suggesting the narrative could be powerful if enacted now.

Defining Democrats Now and Keeping Them on Defense

Over the last year, Gingrich analyzed the 2020 election and discovered a compelling message. It’s so effective that elements of it already elicit fear in moderate Democrats. After losing seats they were supposed to win in 2020, Moderates warned their colleagues that the reason for their thumping was due to a powerful Republican narrative they couldn’t overcome. Republicans branded moderate Democrats as anti-cop socialists. They pleaded with their colleagues to stop defunding the police and using socialist rhetoric that repulsed Moderate and Independent voters.

Well, the Left ignored the Moderates, and to some degree, the Centrists ignored themselves. Newt Gingrich said the Democrats no longer are just using socialist rhetoric. Thanks to far-Left legislative proposals, they are now initiators of a socialist movement. It’s the kind of record that, if hammered home, Gingrich believes could break the back and forth logjam between the two parties since 2000.

During the Trump era, White House Economic Council Chairman Larry Kudlow coined the term “free-market capitalism.” Gingrich recommends flipping it to label Democrats as big-government socialists. When contrasted, the former Speaker said it’s a 59% to 16% issue in favor of Republicans. The key is to tie the $3.5 trillion reconciliation proposal every House Democrat voted to move forward with as “big government socialism.” In the process, Gingrich advocates for avoiding traditional talk of tax increases and deficit spending that voters tune out amid the noise and confusion.

By tagging Democrats with the socialist brand immediately, it could serve two purposes. First, it could separate Moderates from the Left even further than they are already. A civil war is going on inside the Democratic Party as the two sides fight over the reconciliation package. If Moderates continue to go down the road with the Left, they will be betraying their values and their voters.

Second, the House and Senate voted to move the reconciliation bill forward drafted by the lead American socialist, Sen. Bernie Sanders (I-VT). By voting for the process, Democrats aligned themselves with the socialist far-Left. The only way out for Moderates is to vote against the final package. However, that’s complicated. The far-Left will come after them in primaries. If Socialists defeat the Moderates, it opens the door even wider for the GOP to go after the far-Left for taking over the Democratic Party.

The key to Gingrich’s strategy is the GOP must be fixated and disciplined on labeling the $3.5 trillion proposed package as Big Government Socialism.

As the former Speaker said, this is a once-in-a-lifetime opportunity to brand the Democratic Party and relegate them to minority status for a generation or more.