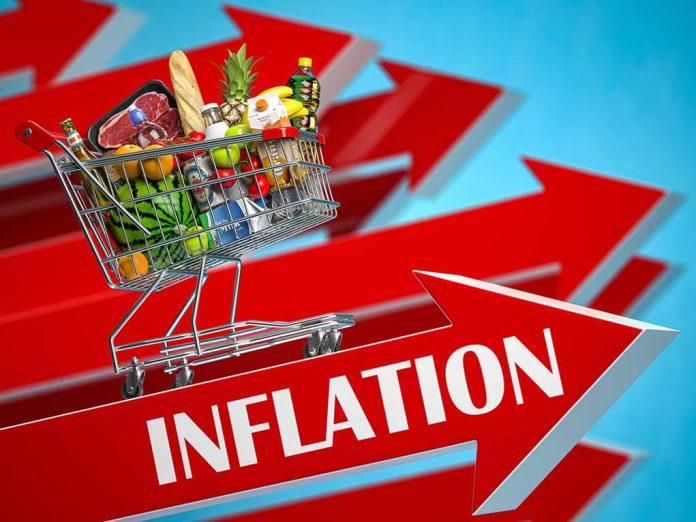 (UnitedVoice.com) – Inflation is starting to tear into America at an unprecedented rate. Since March, President Joe Biden, the Federal Reserve, and Keynesian economists have continually tried to reassure Americans that the biting inflation is temporary and transitory. They say it’s a byproduct of the pandemic and should disappear soon. Unfortunately, it appears after eight months of growing prices that there’s more bad economic news as wages are suddenly in decline.

Despite playing off the inflation facts for so long, Biden is acting like he’s taking it seriously now. The question is, will his policies reflect his rhetoric? Don’t count on it. He’s the same guy who, after the 2008 Great Recession, said the government needs to spend more money to keep from going bankrupt. While Biden and Democrats push to spend more money, it’s not growing the economy, and this isn’t the first time politicians have tried this losing tactic. Perhaps Moderate Sen. Joe Manchin (D-WV) understands this as he signals the spending spree, and Biden’s agenda may be dead.

On Wednesday, November 10, the Labor Department reported inflation surged to levels not seen since 1990. For the fifth straight month, consumer prices climbed higher than 5% over the previous year. Wholesale prices increased by a shocking 8.6%. That’s not all the bad news. The Labor Department also said average hourly earnings after inflation fell 0.5% in October. Since January, real wages are down 2.2%.

Despite nearly $6 trillion in unprecedented government spending from April 2020 to February 2021, the standard of living for Americans is falling. Additionally, purchasing power is rapidly declining as gasoline prices have jumped by half, and grocery prices are also climbing.

While the pandemic played a role in America’s economic woes, it was really a justification for politicians to spend money. The current inflation fiasco is not an accident. It’s the result of reckless policies, leading to worker shortages, increased demand for consumer goods, and a supply chain crisis. It’s the perfect storm. It’s a reminder of what President Trump said in the spring of 2020: Don’t make the solution to the pandemic worse than the problem. Yet, here we stand.

While the Democrats and some economists say this time inflation is unique, is it? Government expansions never result in economic growth. Massive spending measures in the 1930s, 1960s and 1970s created terrible economic conditions and failed to grow the economy. By contrast, the government shrank by one-fifth, and the economy expanded at the fastest rate to date in the 1980s and 1990s.

For several months, moderate Sen. Joe Manchin (D-WV) expressed his deep concern about inflation and the national debt. On Wednesday, he tweeted Biden is wrong about inflation. The West Virginia Democrat said it’s permanent, real, and getting worse. He used the word “transitory” as a reference to Biden’s claim that it’s not permanent.

By all accounts, the threat posed by record inflation to the American people is not “transitory” and is instead getting worse. From the grocery store to the gas pump, Americans know the inflation tax is real and DC can no longer ignore the economic pain Americans feel every day.

Manchin is likely signaling he is ready to kill the bill altogether or pause it until next year to see if inflation backs off or continues to skyrocket. In a comprehensive interview last Thursday, November 4, Manchin told MSNBC the government should live within its means, just like his constituents in deep-red West Virginia do.

Most Democrats, like Joe Biden, may believe the way to keep from going bankrupt is to spend more money, but common sense people know better. Some House Democrats quietly acknowledge the inflation news means their reconciliation bill is likely dead on arrival in the Senate.

Will Moderate Democrats continue to tap the brakes, or will they slam them? Time is running out for the Left. Every day they don’t pass a bill makes it harder moving forward, but Biden and the Left will continue to push. Unfortunately for them, as the economy builds momentum in the wrong direction, it may be too late for them to turn things around.