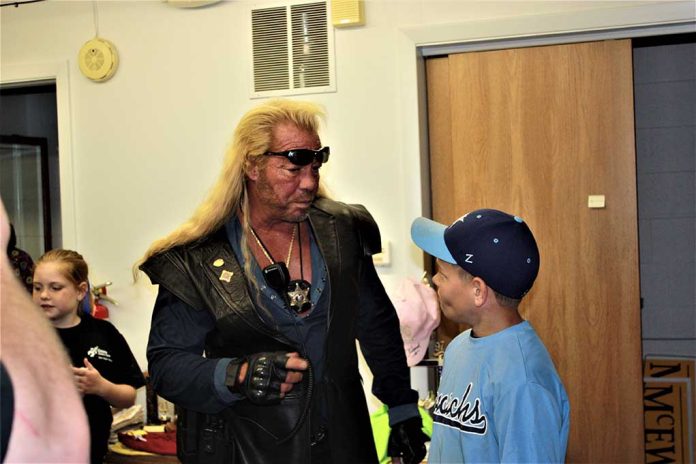 (UnitedVoice.com) – The manhunt for Brian Laundrie has been on since September 17, when North Port Florida police visited his parents’ home. The 23-year-old is a person of interest in the death of his fiancée, Gabby Petito, and is currently wanted for debit card fraud. Laundrie’s parents told authorities they hadn’t seen their son since September 14, when he allegedly went for a hike and didn’t return home. Now, there’s been a possible development in the case.

Duane Chapman, better known as ‘Dog the Bounty Hunter,’ joined the search in late September, even going so far as to knock on the Laundries’ front door. Not only did he uncover the fact the Laundries took their son camping with them after he returned from the extended road trip without Gabby, but now it seems he’s made another discovery: a makeshift campsite on Shell Island potentially belonging to Laundrie.

Chapman and his team, using dogs and boats, found a freshly-drank can of Monster, which they can give to authorities to test for DNA. Despite this find, there is no concrete evidence leading to Laundrie, but Chapman remains resolute.

“Social media has enabled us to do this alongside everyone out there,” he said. He expressed how excited he was that America could join in the project and follow along. “I’m ready to do more!” he said. His current efforts center on Fort De Soto Park and the coastline area.

Chapman is not alone. In addition to authorities, John Walsh, longtime host for America’s Most Wanted and a criminal investigator, is also on the case. With multiple parties working together, it seems it’s not a matter of if they’ll flush Laundrie out, but when.