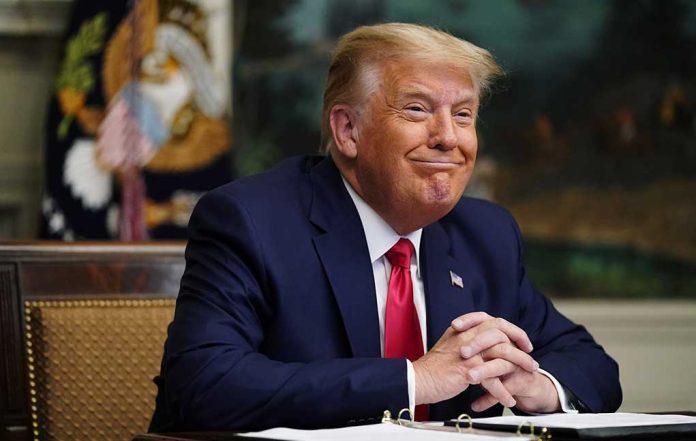 (UnitedVoice.com) – The 2024 presidential election is still three years away but it’s a hot topic. There’s a lot of rumbling about who might run, including whether President Joe Biden plans to throw his name in the ring. A new poll shows he might lose if there’s a 2020 rematch.

ice cream is nice 🍦
An average of recent polls compiled by Real Clear Politics shows Trump leading Biden by 4.8 percentage points. About 46 percent of voters support the former president and just 41.2 percent back the current occupant of the White House. https://t.co/Q6AmhFHX86

According to a Real Clear Politics running average of the recent polling, former President Donald Trump is beating President Joe Biden by 4.8 points. The 45th POTUS is up in all polls except for one. The average was taken from the following polls showing a hypothetical match-up between the two presidents:

The polls, all conducted in the six weeks leading up to December 19, show Biden is in hot water. His policies have left the American people missing the days of Trump when immigration was under control and inflation was low. Biden rolled back many of his predecessor’s successful policies, throwing the government into chaos. Vice President Kamala Harris is embroiled in scandals related to an alleged toxic work environment and isn’t fixing any of the issues she’s supposed to be handling.

Biden and Harris promised to end the COVID-19 pandemic, but hundreds of thousands of people have died under their watch even after the rollout of the vaccine. Meanwhile, the Omicron variant is sweeping across the country.

Although polling is still early, it’s hard to see how Biden will pull himself out of the hole he’s dug for himself – and the country.