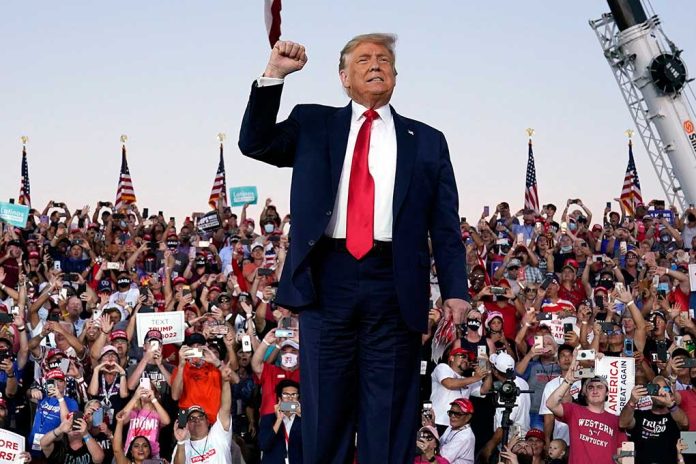 (UnitedVoice.com) – Republicans are hoping to take back the House and the Senate in the 2022 midterms. Currently, they’re in a good position to, at the very least, win the majority in the lower chamber. Former President Donald Trump could get them over the finish line.

When Trump left office in January, he promised his supporters he wasn’t giving up politics. He promised he would be back. The former president has kept his word, endorsing multiple candidates over the last several months. In the weeks following Labor Day, his activity in the GOP has increased. The Hill reports Trump’s operatives believe he’s going to start aggressively campaigning for Republicans.

Donald Trump is endorsing candidates in party primary elections all the way down the ballot, a level of involvement that’s virtually unheard of among recent former presidents https://t.co/JCJiKCqgIl

Trump has already held a number of rallies and isn’t indicating he has any plans to slow down. GOP candidates are trying to win his support, as well.

The GOP base is largely behind the 45th president. On September 12, a new CNN-SSRS poll showed 71% of self-identified Republicans want Trump to continue leading the party. Conservatives are counting on that support to drive people to the polls in 2022 and help them take back Congress.