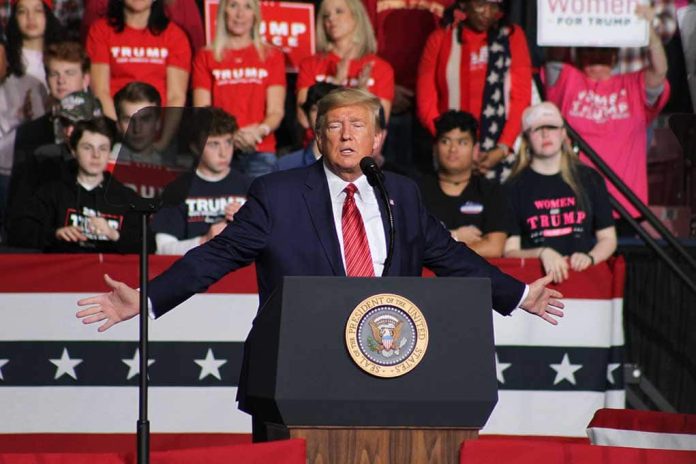 (UnitedVoice.com) – Next month, the Conservative campaign group Turning Point Action is holding a rally supporting election integrity. Their focus will be on the controversial result in Arizona – and their keynote speaker is none other than former President Donald Trump.

On July 9, Turning Point Action (TPA) announced that Donald Trump will be the keynote speaker at their July 24 rally in Phoenix, AZ. The event, billed as the “Rally To Protect Our Elections,” will focus on the vital task of rebuilding an electoral system the American people can trust – and Trump has a lot to say on that subject.

The press release obtained by the Independent Chronicle heralding the event also says it will “highlight the importance of preserving the Conservative future of the great state of Arizona,” and the timing works out well for that. A hand recount of votes from Maricopa County, the most populous in the state, is due to finish in August. The rally will focus attention on what went wrong in Arizona during November’s presidential election.

Trump is likely to focus on the Arizona election count, highlighting the importance of reliable elections. Following the Maricopa recount, a GOP state senator in Pennsylvania – which handed 20 electoral college votes to Biden – announced that he’s launching a similar recount in his state. The campaign for election integrity is building momentum, and Donald Trump is giving it a solid push.