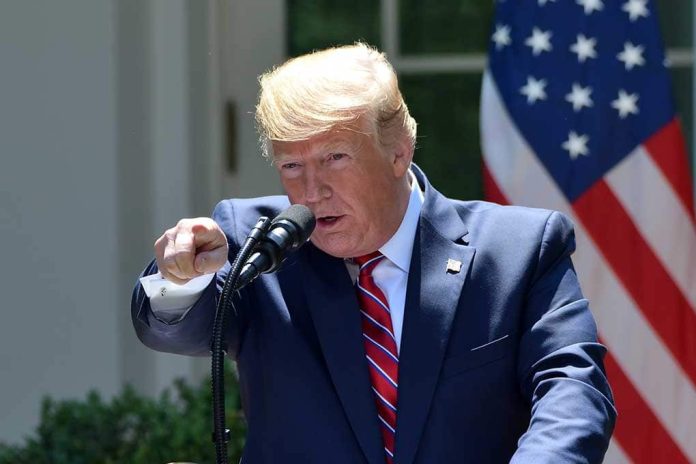 (UnitedVoice.com) – The situation unfolding in Afghanistan is nothing short of a disaster. The Afghan military fell to the Taliban within a week of the US military pulling out of the country. Now, former President Donald Trump is calling on his successor to “resign in disgrace.”

On Sunday, August 15, Trump released a statement calling for Biden to resign. A short time later, the former president slammed his successor again accusing him of surrendering “to the Taliban, who has quickly overtaken Afghanistan.” Trump claimed the outcome of the withdrawal would have different results if he were still in the Oval Office.

Trump also hit Biden for being on vacation as the crisis in Afghanistan unfolds. He suggested someone ask the president who he plans to surrender next, “if they can find him.” Biden returned to the White House on Monday afternoon.

"First Joe Biden surrendered to COVID and it has come roaring back. Then he surrendered to the Taliban, who has quickly overtaken Afghanistan and destroyed confidence in American power and influence. pic.twitter.com/2qyLm2U6rV

The weekend saw Afghanistan turn into an absolute disaster. The Taliban took control of Kabul after Afghan President Ashraf Ghani fled the country. Video circulating shows people swarming a US military plane at the airport desperately trying to get out of Kabul. In a statement on Sunday, Biden insinuated the Taliban’s takeover is Trump’s fault. In a speech to the nation on Monday, the president said he stands by his decision to pull the troops out.