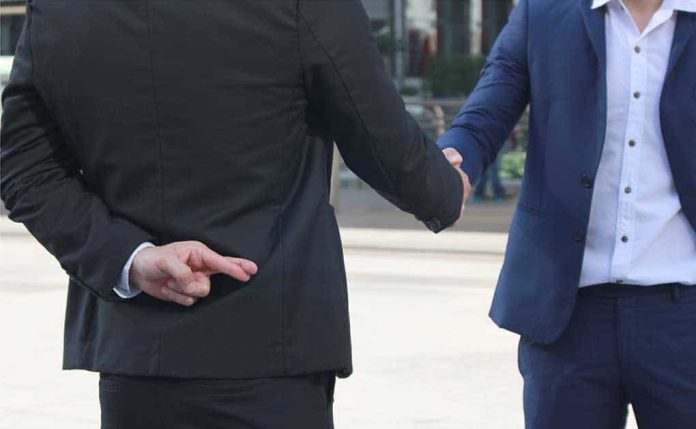 (UnitedVoice.com) – For nearly a month now, Democrats appeared gleeful about potential deals only to find they weren’t anywhere near passing Joe Biden’s semi-socialist “human” infrastructure proposal. Could that be changing? On Monday, October 25, Moderate Sen. Joe Manchin (D-WV) said it’s possible Democrats could have a budget framework in place this week. Does that mean a deal is imminent?

Factions within the party are jostling to keep as much of the original $3.5 trillion bill intact as possible. Manchin is whittling it down from approximately $2.75 to $2 trillion. Progressives are fuming because, one by one, Moderates are cutting their plans. The negotiations are a tinder hotbox that could erupt at any moment. Democratic leaders are telling Progressives to prepare to swallow the pill, but will they? Things are not as optimistic as House Speaker Nancy Pelosi (D-CA), Manchin, or President Biden would want us to believe.

Numerous Far-Left Policies Getting Hacked — Will the Left Stand By and Let It Happen?

On Monday, in a private meeting, Pelosi told Democrats they needed to embrace whatever they could get. Instead of nothing, she said the Left would be better with a “narrative of success.” The Speaker’s unspoken subtext is, they failed to fulfill their promises to the left-wing base after telling them there would be no compromises and only legislative success for the long-dreamed-of socialist hopes. House Majority Leader Steny Hoyer (D-MD) said the party needed to enact some deception and “act like we are winning” so that the American people would believe it.

Will Progressives go along? It’s unclear if they are a part of the negotiations at this point. Manchin is in the driver’s seat, the White House doesn’t have much sway, and congressional Democratic leaders just want to get something and move on to the next thing. In the coming weeks, they must deal with the federal budget and another debt ceiling fight.

Manchin has the power to carve out their agenda, and he’s doing it by nixing many of their plans. It’s not enough to satisfy Conservative Republicans who see the revisions coming out as a down payment on the Left’s future agenda. Congressional Progressive Caucus Rep. Pramila Jayapal (D-WA) said there is reluctance and that no one should take the Progressive vote in the House for granted.

All told, the rank-and-file don’t sound nearly as confident as the White House and Democratic leadership. It’s been that way throughout the process. With Biden heading for an international climate conference in the coming days, he wants a framework done now.

What’s on the Chopping Block?

There are numerous significant provisions of the Democratic agenda on the chopping block. As of Tuesday morning:

So, how close are Democrats to a deal? This snapshot is all we know at the moment. Taxes are still under discussion, Moderates axed prescription drugs, and other sticking points are still waiting for their fate.

On Saturday, Socialist Sen. Bernie Sanders (I-VT) insisted any deal must include an expansion to Medicare after he got into a brawl with Manchin late last week. Manchin told him to take what he offered or leave it because he didn’t care if the bill got passed or not.

That is where the process stands. Manchin is trying to make a reasonable faith effort to pass a horrendous bill for the sake of the party. Do the Progressives feel that’s the case? Not one bit. They see their agenda dying as leaders tell them to take a small win, getting something over nothing.

Don’t let the Democrat’s optimism fool you. A framework is a broad outline. The devil is in the details, and that’s where the problems will unfold.

Stay tuned. This evolving story could go either way.