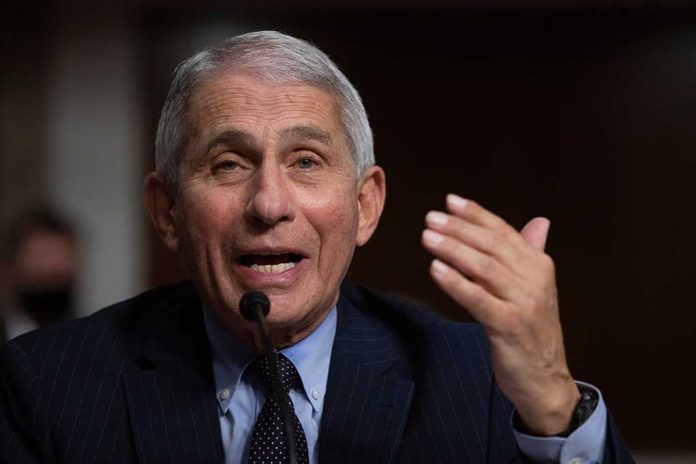 Dr. Fauci Drops Out – Calls It “Assessment of His Own Risk”

(UnitedVoice.com) – Dr. Anthony Fauci was supposed to attend the White House Correspondents’ Association Dinner on Saturday, April 30, as a guest of ABC News. However, just days before the event, the NIAID director announced he would no longer be attending the event — because of COVID-19 concerns. However, some think that’s not the real reason.

According to a CNN report, Fauci decided to not attend the event after assessing his own risk. Dr. Marty Makary, a Johns Hopkins professor, told Fox News’ Tucker Carlson that the NIAID director has been vaccinated four times and he still isn’t going to go to the dinner. Not only is he vaccinated to the gills, but he also recently said America was coming out of the pandemic phase.

If the White House Correspondents’ Dinner is SAFE to attend

– why is Fauci bailing?

– why is President Biden bailing on the “meal portion” of the dinner?

What do they know that might be good for the other 2000+ folks jammed in that room to know?

Sounds like the Doc is pouting about how the people are refusing to obey his every word.

Fauci’s decision could just be the director wants to avoid another incident like the Gridiron Dinner. Dozens of attendees contracted COVID-19 at the event. Now, less than a month later, Liberals are holding another possible super-spreader event.

Why do you think Fauci is skipping the WH Correspondent’s Dinner?