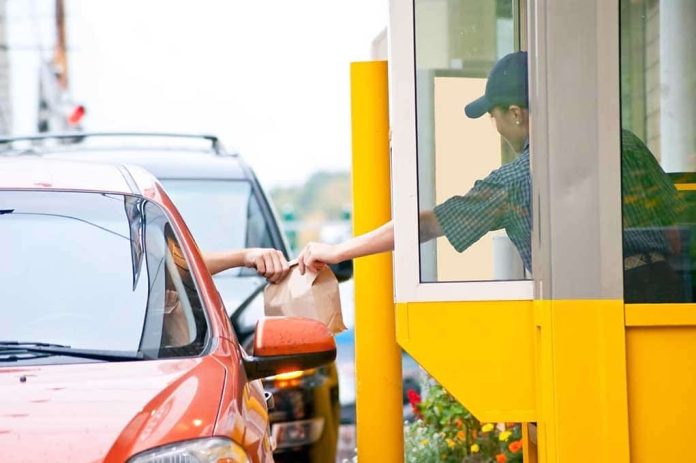 (UnitedVoice.com) – Fast-food workers in America serve meals to millions of people every day. They often work long hours for relatively low pay and have to deal with hangry patrons all the time. Sometimes that anger manifests into violent behavior by the customers.

On August 22, Memphis police responded to an aggravated assault call at a KFC restaurant. The restaurant manager told police that Deona Harris, 28, became angry when her food took too long after ordering at the drive-thru. She allegedly threw a drink on the manager, then pulled out a handgun and pointed it at employees. Officers searched her car, found a Ruger 9mm handgun and arrested her.

Harris is out on bond after being charged with three counts of aggravated assault.

Woman Pulls Gun on KFC Drive-Thru Staff After They Took Too Long With Order https://t.co/9aKU7MqDK6

The Memphis incident isn’t the first time someone has attacked fast-food employees. In April, another Memphis woman shot at a group of Burger King employees after becoming upset about a long wait. Her bullets didn’t hit anyone.

In 2020, Kelvis Rodriguez killed Desmond Joshua Jr, a Burger King team member in Orlando, over a long wait in the drive-thru. That same year, a St. Louis Wendy’s worker suffered gunshot wounds after a drive-thru dispute.

Sadly, there are many more stories like those. It almost seems as though fast-food workers need hazard pay — or bulletproof vests.