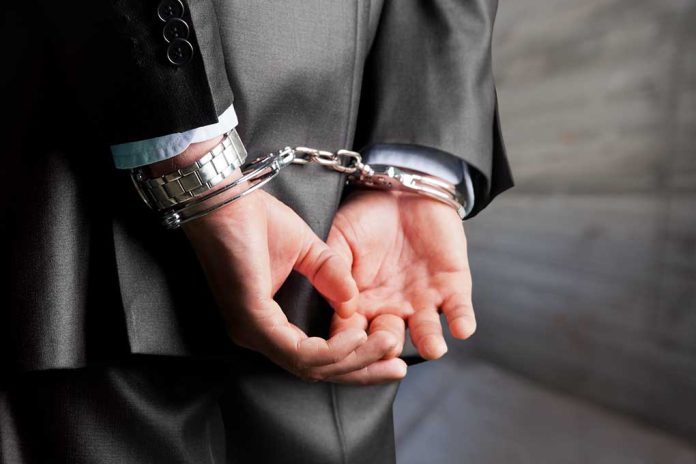 (UnitedVoice.com) – The 2020 election was one of the most contentious presidential races in history. After years of the Democratic Party accusing former President Donald Trump of stealing the 2016 election with the help of Russian President Vladimir Putin, the liberal party got to experience similar accusations firsthand. The COVID-19 pandemic changed how cities and states allowed voting across the country.

Suddenly, states with no experience tried to mimic Florida and others with robust mail-in-voting systems in short timeframes. The speed at which officials implemented changes left some worried that they hadn’t taken enough security precautions. There were even accusations of fraud and other broken election laws. Now, authorities have arrested an executive who worked for one of the companies facing scrutiny.

On October 4, Los Angeles County District Attorney George Gascón announced the arrest of Konnech Corporation Chief Executive Officer Eugene Yu. The company was in charge of the software managing the county’s poll workers. Officials believe the firm might have stolen the personal information of those employees. During a search, authorities seized digital evidence such as hard drives.

The Michigan-based company was under a 5-year contract with the county worth $2.9 million. According to the DA’s press release, a probe into the corporation found it was storing confidential information for poll workers on servers in China. LA officials did not say whether the communist government accessed the data.

Gascón stressed the arrest had nothing to do with any issue related to the actual tabulation of votes. It was solely related to private data belonging to workers.

Konnech Corporation was one of the companies at the center of a controversy. Groups challenging the validity of the last presidential election accused the company of storing information in China. The New York Times reported the group repeatedly denied doing any such thing in statements to the paper.

The firm claims Yu is the victim of unlawful detention and stands by its denials. A spokesperson told the Times there was no way anyone could have “stolen” data that LA County willingly handed over to them. The press release from the prosecutor contends that storing data in China was a violation of its contract and says the executive “criminally mishandled” the data. Authorities are now trying to have Yu extradited from Michigan to the California county.

What do you think about the latest developments? Do you believe the US needs more election security laws to protect the American people and their information?