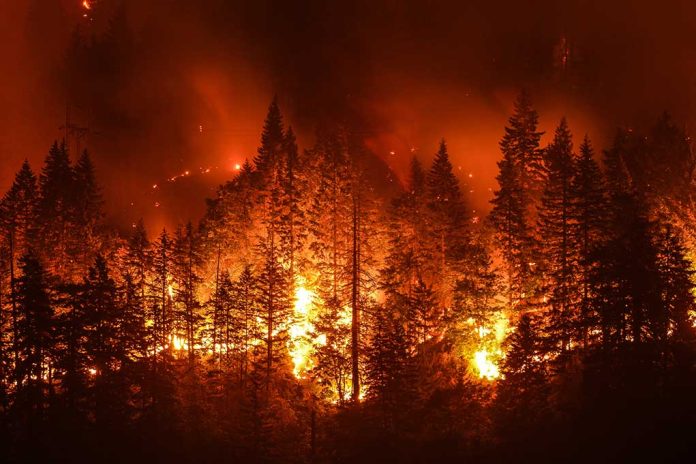 (UnitedVoice.com) – In 1993, Erin Brockovich rose to fame after she sued Pacific Gas & Electric (PG&E) for contaminating the drinking water of the town of Hinkley, California. That was settled long ago, but the company has had a number of other issues. Specifically, the company has a long history of faulty equipment starting wildfires in the state. Most recently, PG&E took responsibility for an ongoing blaze.

On Tuesday, August 3, the company said it might be responsible for the Fly Fire that merged with the Dixie Fire in Northern California. The US Forest Service said it was examining a tree found on PG&E fire lines in the area where the Fly Fire began. The fire is now threatening homes.

Pacific Gas & Electric said its equipment may have been involved in the start of a small wildfire that merged with the massive Dixie Fire now threatening homes in Northern California mountains. https://t.co/8YspmlR01q

In 2017, 46 people died after PG&E-owned power lines started a fire in wine country. The next year, 84 people died as the result of a fire that began the same way. The 2019 Kincaid Fire, sparked by power lines, destroyed hundreds of structures and left firefighters injured. In July, California prosecutors found PG&E responsible for the 2020 Zogg Fire that killed four.

Although the company has developed plans to combat wildfires in the past, it doesn’t seem they’ve executed them. One has to wonder how many more people will die, structures destroyed and acres burned before the company or state takes meaningful action.