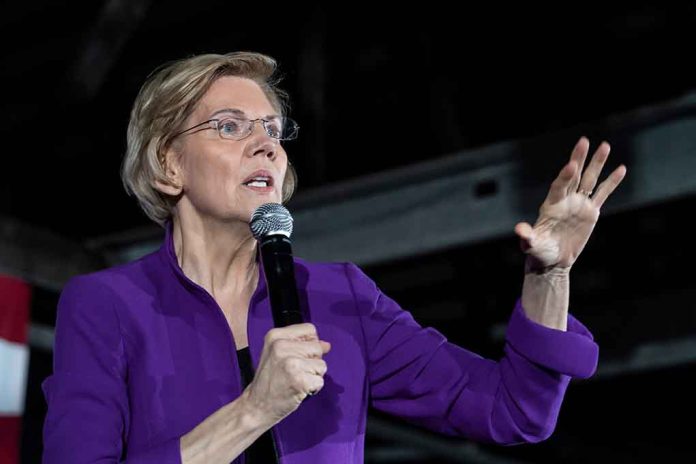 (UnitedVoice.com) – It looks like a new fight could be breaking out between leading Democrats. A far-left senator has written a new essay criticizing lawmakers who profit from the stock market while in office. The problem for the Dems is it looks to be aimed at House Speaker Nancy Pelosi (D-CA).

On April 18, the New York Times published an essay by Senator Elizabeth Warren (D-MA) that calls out the Democrats for not making progress on government corruption. Warren wrote, “it is obvious to the American people that [legislators] should not be allowed to trade individual stocks and then vote on laws that affect those companies” — and one of the biggest, and wealthiest, traders in Congress is Speaker Pelosi.

Pelosi has tried to back away from her trading, saying that she’d vote for a bill to ban members of Congress from owning shares, but it’s still a soft spot in her armor — and it’s also a good way for Warren to put some distance between herself and a Democratic Party that’s looking increasingly weak in the run-up to November’s midterm elections.

"To put it bluntly: if we fail to use the months remaining before the elections to deliver on more of our agenda, Democrats are headed toward big losses in the midterms." — @SenWarren https://t.co/CnssCFr01r

Much of Warren’s essay looked like an attempt to dissociate herself from the Biden administration’s record in office. She admitted that if they don’t actually deliver on election promises, “Democrats are headed toward big losses in the midterms.” It seems Warren is she’s trying to position herself as a radical who’s being held back by Republicans and the Washington system. Of course, in the process she’s damaging fellow Dems — but since when did Warren care about that?