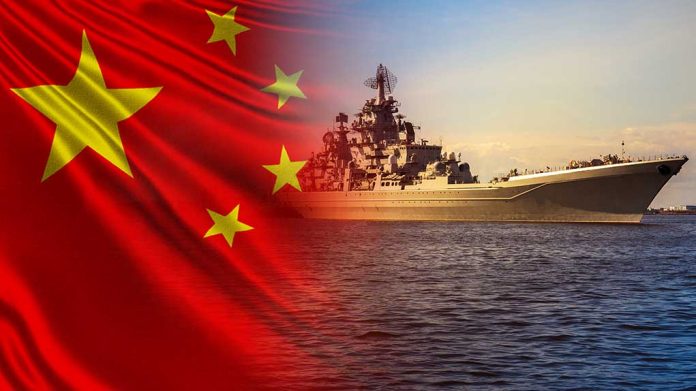 (UnitedVoice.com) – China and Russia have conducted military exercises together for years. Recently, the relationship has become stronger with China supporting Russia’s invasion of Ukraine. The US Navy recently caught the two nations doing something together in the Bering Sea, very close to Alaska.

On September 19, the Kimball, a US Coast Guard cutter, was on routine patrol. It encountered a Chinese-guided missile cruiser and two more of the nation’s naval ships. They weren’t alone. A Russian destroyer and three compatriot naval vessels accompanied the communist country’s fleet. According to reports, the flotilla comprised a single formation.

The ships sailed roughly 86 miles north of Kiska Island in Alaska. The Coast Guard called in air support from a C-130 Hercules and observed the formation as it traveled through the sea. Eventually, the vessels dispersed.

ABC News reported Coast Guard Rear Adm. Nathan Moore, the 17th District Commander, said the Chinese and Russian ships were operating within the parameters of international norms and rules. Still, he said the US military would match “presence with presence,” protecting American concerns.

The countries’ presence in the Arctic comes months after the US Army reactivated the 11th Airborne Division and housed it in Alaska. The unit will train to meet Arctic threats, including those potentially arising from Russia and China.