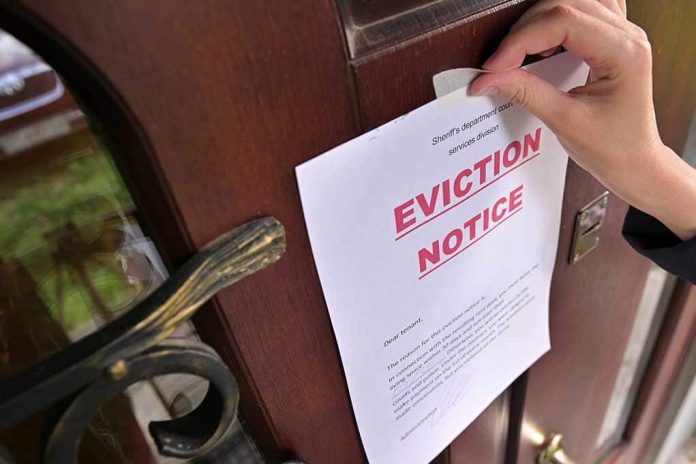 (UnitedVoice.com) – Democrats complained on Saturday after a federal ban on evictions expired. The radical law was introduced last year at the height of the COVID pandemic to protect workers who had lost their incomes because of lockdowns. Democrats wanted it extended, no matter what harm it caused to landlords – but there’s a much better solution — if they would actually use it.

Following Saturday's expiration of the national eviction ban, Yellen to talk to House Democrats Tuesday about the hang-ups so far in the state and local distribution of much of the $46.5 billion in already allocated pandemic-related federal rental & landlord assistance.

On July 31, Congressional Democrats failed to push through an extension of last year’s eviction ban, allowing courts to start working on a huge backlog of cases. Desperate landlords need to evict thousands of tenants who have fallen behind on rent, despite the economy picking up speed again – and despite billions of dollars in federal money being allocated for rent support.

The problem is, that money – more than $46 billion – isn’t being spent. The initial fund of $25 billion was authorized by former President Donald Trump last December, to support both renters and landlords. However, eight months later just 12% of it has actually been paid out. President Biden added another $21.5 billion in March and that isn’t being used either. Republican-run North Carolina hired outside contractors to quickly distribute checks; Democrat stronghold Los Angeles simply stopped taking applications in February. Renters do need help – but eviction bans aren’t the way forward.