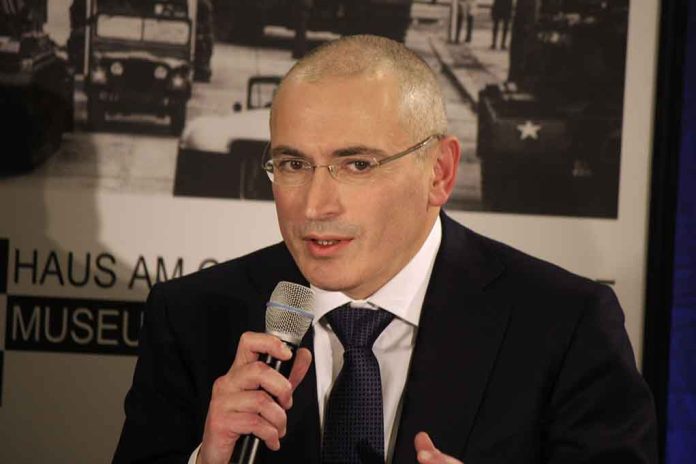 (UnitedVoice.com) – One of the concerns many had when Russia invaded Ukraine was that it wasn’t going to be the only nation President Vladimir Putin had his sights set on. Some worried he was trying to rebuild the USSR. An exiled oligarch believes the president might not be through yet, either.

In an exclusive interview with CNN, Mikhail Khodorkovsky told Fareed Zakaria he thinks Putin will invade the Baltic countries (Lithuania, Estonia, and Latvia) if he thinks he’s won the war against Ukraine. A move like that could throw the globe into WWIII because all three nations are members of NATO. President Joe Biden has said America is going to stay out of the war with Ukraine, but if Putin invades a NATO country, the US military will defend those nations.

Was Biden right to say Putin can't remain in power?

What are Putin's options in this war, & and how far might he go in the future?

Khodorkovsky also told the CNN host that Putin isn’t at war with Ukraine, he’s actually at war with NATO and the US. “He’s said it more than once,” the oligarch explained. He even claimed Putin’s team is already preparing Russians for the possibility of a war against NATO. Khodorkovsky alleges he’s trying to swing public opinion.

Do you agree with the oligarch’s opinion? Do you think Putin plans to invade other countries, as well?