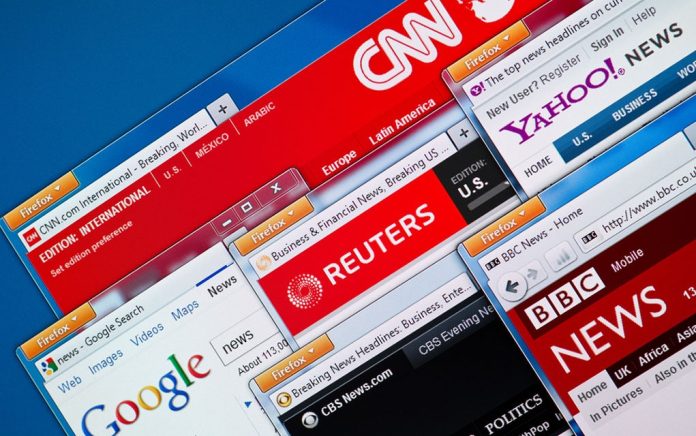 (UnitedVoice.com) – In mid-March, states across the nation closed businesses and ordered citizens to stay-at-home. Since then, death rates from COVID-19 have dropped far below expectations, hospitals never reached capacity, over 30 million people are on unemployment, and the economy is in a deep recession at best. States are now beginning to reopen. Even as they do so, authorities are warning of a second wave that could pose as great or a greater threat than the first.

Initially, state governments said that quarantines were essential to flatten the curve. Yet, when analyzing US data from Johns Hopkins University, the massive spike in contractions has not dramatically gone down. It looks more like a winding river that goes up and down week by week without a significant drop.

When it was apparent the curve was not flattening the way experts hoped, state governments then did a bait and switch to justify the ongoing shutdowns. Instead of flattening the curve, some governors said the orders were necessary to eliminate COVID-19. However, scientists can’t even destroy the flu with a vaccine.

In the meantime, we’ve been offered a false choice of lives over livelihoods.

It begs the question; was shutting down the entire economy and ruining the lives of tens, or hundreds, of millions of people justifiable?

In March and April, health experts and governors warned that a million people or more would likely die of COVID-19. That number was grossly exaggerated, and never even came close to the reality. New York Gov. Andrew Cuomo (D) warned that the virus was coming for the rest of the country the way it did New York City. It never did.

Johns Hopkins estimates that over 1.18 million people have contracted COVID-19 in the US. Approximately 50% of those who contract the disease are asymptomatic, meaning they carry the virus but have no symptoms. According to the CDC, from February 1 through May 2, total COVID-19 deaths were 38,576 out of 739,600 deaths from all causes. Out of all the deaths in the US, COVID-19 accounts for 0.05%. When considering the entire population of the United States, 0.01% have succumbed to the disease.

Over the same time, pneumonia accounted for 66,094 deaths and the flu 5,886. Why haven’t we ever shut the country down for pneumonia? Interestingly enough, over the past seven years, an average of 4,260 people a week died of Pneumonia. Yet, in 2020, that average dropped to 3,454 a week and pneumonia death rates are the lowest they have been in 7 years.

Just one more statistic for you. Suicide takes 0.01% of the population in America each year. That rate has been rising through the lockdown. That means it is entirely possible that the suicide rate in America will exceed the COVID-19 rate. We know that loneliness and financial burdens account for some of the factors leading up to suicide. Did our preventative measures create a “the cure is worse than the disease” scenario?

Targeted Lockdowns Better Than a Broad One

There is no question that COVID-19 is highly contagious. Yet, in Pennsylvania, nearly 67% of COVID-19 deaths were in nursing homes. Those who are elderly and those with underlying health issues are at most risk with this disease.

According to MIT economists and researchers who studied targeted lockdowns versus a total lockdown, “we find that semi-targeted policies that simply apply a strict lockdown on the oldest group can achieve the majority of the gains from fully-targeted policies.” They added that sending the young and middle-aged back to work will not increase mortality rates.

Fear is a strong motivator. Governors and health care experts used it well to justify the lockdowns. Now that we know more about the disease, who’s vulnerable, and how to protect them, it’s time to get 30 million people back on their feet.

The cure has truly been more destructive than the disease. Much of the damage done to the economy can’t be undone. Tragically, the government exploited fear without a good reason. As states start re-opening their economies, it’s a chance to re-evaluate how to protect people’s lives and livelihoods.