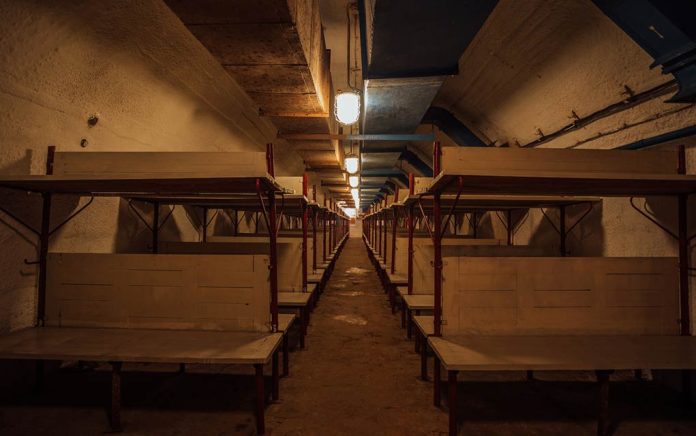 No one really knows if or when or how the world will end. The ability to prepare for the worst provides a lot of comfort to some people, with some stashing dry food in their basements and others building underground bunkers near their homes. Whether it’s a fear of the zombie apocalypse, a highly contagious pandemic or the consequences of climate change that motivates them, these billionaires are prepared to wait out the worst without sacrificing their lifestyle at the same time.

Prepping for the One Percent

Preparing for the end of the world isn’t a new trend. In 2013, The New York Times featured the movement and its growing popularity thanks to reality shows featuring some of the most devoted preppers preparing for doomsday.

These shows featured your everyday person with a penchant for being prepared for anything, but how are the richest people of the world getting ready for the worst? The one percent is planning to survive in style with luxury bunkers. These homes are built with disaster in mind with the plan to keep inhabitants as comfortable as possible by helping them continue to live their affluent lifestyles while undercover.

Located in the Czech Republican, The Oppidum is known for its size, declared to be the largest luxury bunker in the world. With elements both above and underground, it is 323,000 square feet and protected by multiple security systems. Inhabitants don’t have to give up their favorite hobbies while hiding from nuclear war, there is a garden grown with simulated light, a pool, a library and a movie theater in this bunker.

If a wealthy family has to live in a community carved out of bedrock, it might as well be equipped with everything they dream of having. The Vivas Europa One is a survival community that was originally created as a military shelter during the Cold War. Now it is privately owned and has been transformed into a place for the richest to seek shelter in case natural disasters, war or terrorism make it unsafe to live above ground. Once a family owns one of the shelter apartments, which are 2,500 square feet, they can have it furnished and decorated exactly as they please.

The Cost of High-Class End of the World Living

Just how much does it cost to survive very comfortably? Those interested in The Vivas Europa One should expect to spend nearly $2.5 million on a private apartment. Those who are willing to live in close quarters can do so affordably, with a semi-private suite starting around $43 thousand dollars.

Of course, your everyday American likely doesn’t have the extra cash needed to invest in a high-cost bunker, but that doesn’t mean it isn’t possible to be prepared. A good place to start is with a bug-out bag, which can be done for under $500. Start small and add to it over time if doing it all at once is too much of stretch, the effort it takes to prepare yourself and your family for unexpected disaster will be worth the peace of mind it provides.