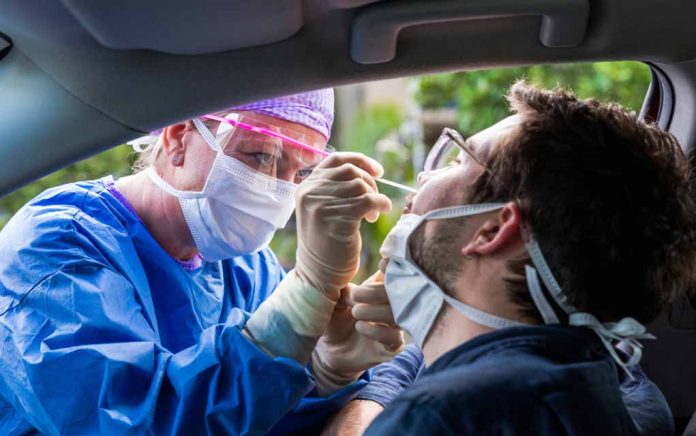 (UnitedVoice.com) – An insider recently revealed to Project Veritas that CBS may have asked Cherry Health medical staff to pose as patients to create a long testing line. In a video tweet by James O’Keefe, the whistleblower and several staff members discuss the testing lines at a Michigan hospital. They claim that in the news item that aired on May 1, the cars waiting in line contained mostly medical staff at the request of CBS.

One of the healthcare workers says only a couple of the people in line were actual patients receiving testing.

CBS has since denied it asked medical staff to pose as patients and removed the footage.

This comes at a time when things are already heating up in Michigan. Democrat Governor Gretchen Whitmer is currently facing protests and backlash from citizens of the northern state, who feel she’s infringing on their Constitutional rights. She’s also facing a lawsuit over her shut-down orders from state legislators.

At the time of this writing, over 300,000 people have signed a petition to have her removed as governor.