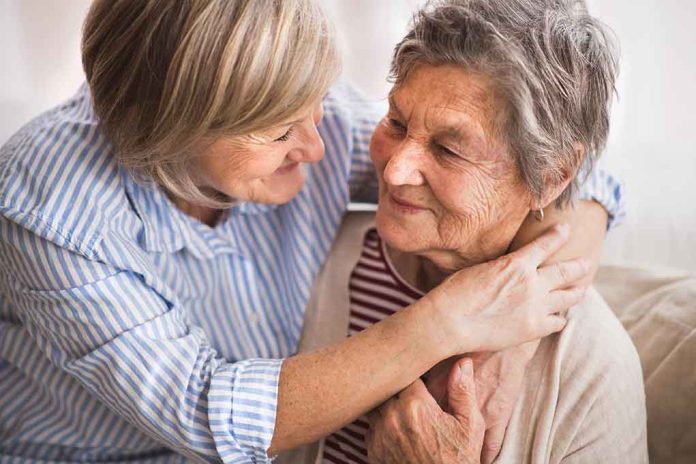 (UnitedVoice.com) – Nearly 80 years after the end of WWII, families still feel the impact of the atrocities that took place. Adolf Hitler’s war on the Jews and other communities tore apart and destroyed millions of families. However, one of the families that suffered an unimaginable loss has now been brought back together with the help of genealogy testing.

Dora Rapaport give birth to a little girl named Eva before she was imprisoned in a concentration camp during the war. Nazis ripped the baby from her arms months later never to be seen again. Dora searched for her long-lost daughter until her death in 1998. Before she died, her other daughters, Dena Morris and Jean Gearhart, who lived in America, promised to continue searching.

Dena Morris & Jean Gearhart had been told the shocking family story: As a baby, their sister Eva was pulled from her mother’s arms during World War II. Their mother, Dora Rapaport, gave birth to Eva in a concentration camp and were separated months later.https://t.co/aj8vUQeEVL

While Dora searched for her daughter, that little girl, Eva, grew into a woman. She’d been adopted by a Jewish couple when she was 7 years old. Until then, she’d lived in an orphange in Israel. Her new family moved her to Britain and her name was changed to Evelyn Reay. She went on to have her own daughter, Clare Reay, but never knew anything about her biological family. She died from pancreatic cancer in 2014.

In April 2020, Jean and Dena received the results of a MyHeritage DNA test they took the year before. They were a genetic match to a woman in Britain. That woman turned out to be their sister Eva’s daughter, Clare. After some back and forth between the sisters and their niece, they spoke over video chat. Eventually, the sisters met their niece’s three other siblings as well as their children. Clare and her siblings met their uncle, Jean and Dena’s younger brother.

In November, Clare and her husband traveled to the United States to surprise her aunts in Ohio. And just like that, the family that was ripped apart by a madman was put back together by a genealogy website.