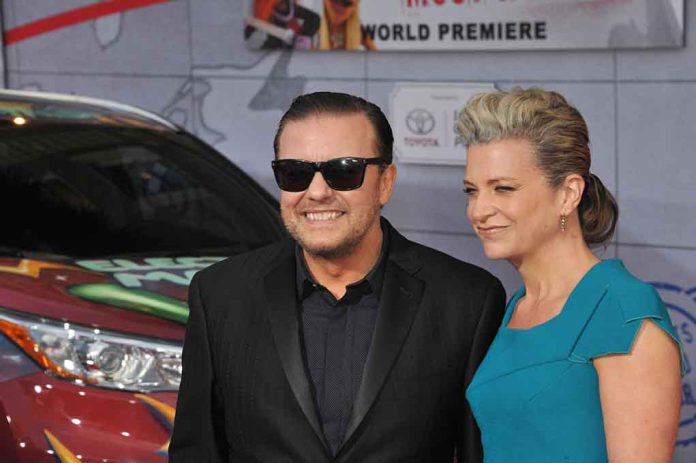 (UnitedVoice.com) – The Left is notorious for trying to cancel people who offend them. Last year, they went after comedian Dave Chappelle after he had the audacity to speak out against the bullying he’s received from the LGBTQ community over the years. Another comedian is now challenging Liberals to cancel him.

Ricky Gervais spoke to Heat about his new stand-up show and said he wants people to try to cancel him, saying he’s treating the show like it’s the last one he will perform. He also sat down for an interview with the Wall Street Journal, saying nothing is off-limits when he’s on stage. The comedian explained that the problem a lot of people have is that they’re “mistaking the target of the joke with the subject.” There are always subjects that people won’t find funny because it impacts them and “they can’t see the wood for the trees” or be objective.

🚨 Ricky Gervais has claimed he is going to 'try and get cancelled' with his next stand-up show. pic.twitter.com/EWou5b1JTt

In 2020, Gervais hosted the Golden Globe awards for the fifth time and he held nothing back. The British comedian told the Hollywood crowd that it was the last time hosting the event so he didn’t care about watching his mouth anymore. He cracked a joke about convicted sex offender Jeffrey Epstein’s death and told the crowd, “I know he’s your friend, but I don’t care.” Epstein was well-connected to the country’s elite. He lit into those in attendance telling them to stop lecturing the public because they don’t know anything about the real world. His jokes left the audience stunned, but he didn’t care.