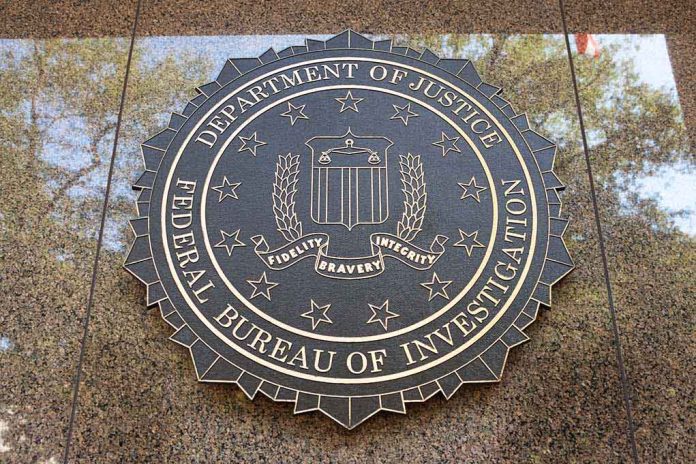 (UnitedVoice.com) – Despite Russia’s war on Ukraine and the media focus it’s garnered over the last handful of months, the fact is that communist China remains the United States’ most significant adversary, according to the FBI and other Western intelligence agencies. Over the last several decades, China has strengthened its financial portfolio and significantly enhanced its military capabilities. Additionally, it’s also one of the world’s top threats to the US government and businesses.

On Wednesday, July 6, FBI Director Christopher Wray and his UK counterpart met in London to discuss the threats emanating from China. The US’ chief law enforcement official emphasized that the Chinese government was the most significant long-term risk to the United States, the UK, and Europe. Additionally, he warned that Chinese espionage was spreading across America from cities to rural communities.

China Presents Growing Danger to the US

Director Wray said the threat to US and UK businesses was significant. Not only are the Chinese stealing trade and intellectual property through the back door using cyber attacks, but he claimed they’re also walking in through the front door and taking what they want with little care for the consequences.

Wray and UK MI5 Director-General Ken McCallum walked reporters through what the Chinese are doing and how they’re a direct threat to businesses. The two law enforcement leaders warned businesses from Fortune 100 companies down to start-ups that the Chinese use espionage to subvert their businesses, damage the economy, and harm national security.

The FBI director said the Chinese Communist Party (CCP) was intent on stealing a business’ technology to undercut them and dominate the markets. He noted the CCP is skilled in cyber warfare, cheating in business, and stealing on an immense scale. Wray stated that in 2021, Microsoft said hackers backed by the CCP accessed thousands of computer networks allowing them to steal incredible amounts of US business data.

Both leaders said if a business deals with a Chinese company, it’s not just dealing with company officials but also the Chinese government.

The two law enforcement leaders warned all businesses about the dangers of Chinese espionage. In one instance, the FBI caught Chinese hired hands who went into farm fields in middle America and stole genetically modified seeds after farmers planted them in the ground. The proprietary, genetically modified seeds took a decade or more of research and billions of dollars to develop.

Wray and McCallum cautioned business leaders from the bottom up to be cautious and encouraged them to partner with the FBI or MI5.