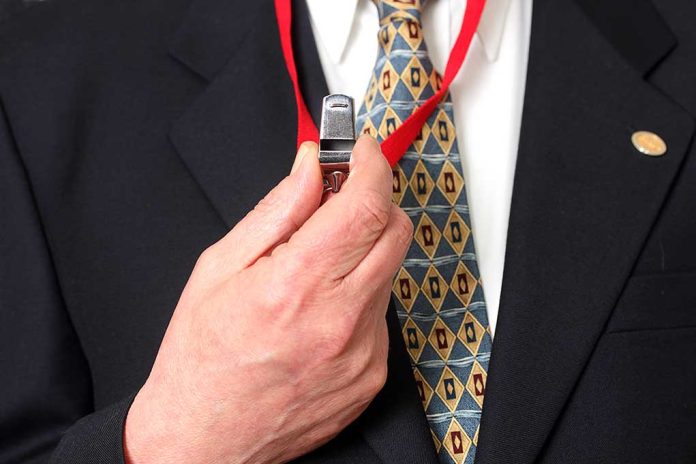 (UnitedVoice.com) – According to House Republicans, the FBI has fired a whistleblower who leaked concerns about the Bureau’s investigation into the January 6 riot. The Bureau source alleged that their superiors had been exaggerating the threat from domestic terrorists and diverting agents from sexual abuse cases to the Capitol riot investigation. Now, GOP legislators are trying to find out exactly what’s going on.

On September 20, Republican members of the House Judiciary Committee sent a tweet claiming, “The FBI SUSPENDED a whistleblower for refusing to carry out the Bureau’s politicized investigations.” The tweet asked how the media would have reacted if former President Donald Trump had done this and included extracts of a letter from a committee member to FBI Director Christopher Wray.

The FBI SUSPENDED a whistleblower for refusing to carry out the Bureau’s politicized investigations.

Can you imagine the media outrage if President Trump did this? pic.twitter.com/1dhB4nmnHz

Representative Jim Jordan (R-OH), the ranking member of the Judiciary Committee, wrote the September 19 letter. It lists several of the whistleblower’s allegations about conditions inside the FBI, including

Jordan ended his letter by warning that “whistleblower disclosures to Congress are protected by law” and the committee would not tolerate retaliation against its sources. Yet, the Bureau has ignored whistleblowers’ protected status.

On September 19, the FBI suspended Special Agent Steve Friend, a 12-year FBI veteran who served on the Bureau’s elite SWAT team, from the Daytona Beach, Florida, Field Office. Last month, Friend refused to participate in SWAT raids on January 6 suspects, citing his belief that the raids involved excessive force and were against FBI policy. He then submitted a whistleblower report to the Justice Department’s Inspector General and contacted the House Judiciary Committee.

On September 16, the Bureau became aware that Friend was clandestinely passing information to the House Judiciary Committee and stripped him of his security clearance. Then, on September 19, Jordan told Wray about Friend’s allegations. That same day, FBI authorities suspended Friend, stripped him of his badge and gun, and escorted him from the office.

Is the Bureau trying to shut down leaks to the Judiciary Committee, or are they just angry at what Friend has already revealed? Is there something else they’re hiding?