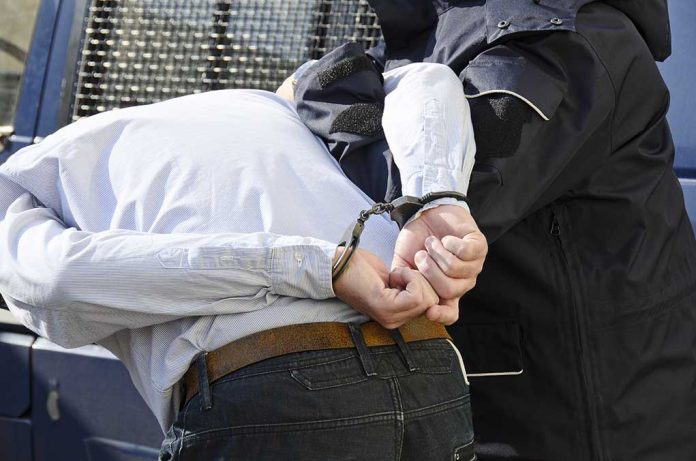 (UnitedVoice.com) – Capitol police arrested three people near the Supreme Court and confiscated several guns on Wednesday, October 19. So far, there’s no real clue about what the trio intended to do in the area or whether there was any link to terrorism. One of them allegedly told officers they were there to deliver documents to the Supreme Court, but the court was closed that day.

Capitol Police were patrolling on the Hill Wednesday when they noticed an illegally parked white van. A police dog alerted outside the van, prompting the officers to search it. One of its three occupants told the authorities he had guns — which remain banned in the area under the 1967 Traffic Regulations for Capitol Grounds. The search revealed a shotgun, two handguns, and some other suspicious items. The cops seemed to suspect some kind of chemical hazard because they called in a hazmat team to do another search.

Officers arrested 80-year-old Tony H. Payne of Tunnel Hill, Georgia. They also detained his adult grandson before remanding him to DC Disability Services for assistance. Authorities detained and released a third person, a woman. Capitol Police are charging Payne with possession of an unregistered firearm, unregistered ammunition, and unlicensed handgun carry. After recent threats to Supreme Court Justices by far-left abortion activists, anyone caught in the area with an illegal gun will likely face a very unhappy judge.