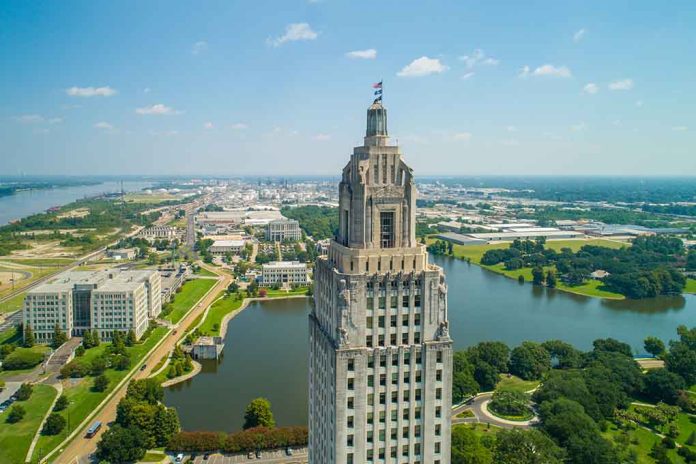 (UnitedVoice.com) – Controversy can be a great way to gather attention and build an audience — if you’re an aspiring social media star. However, if one is running for office, that may not be the best way to build advocacy and voter coalitions to help you secure enough votes to win. It’s a lesson far-left candidate Gary Chambers Jr. may learn the hard way in conservative Louisiana.

Over the last several months, Chambers has created some controversy with his advertising as he tries to win a three-way Democratic primary to take on Sen. John Kennedy (R-LA). For Chambers, a no-nonsense candidate who isn’t afraid to take on controversial subjects, 2022 may prove to be a challenging year. Still, that’s not stopping him from trying to become the first Black senator from Louisiana.

Nearly 60% of Louisiana’s population is black and overwhelmingly Democrat. Chambers hopes voters will break the Republican stronghold on the largely conservative state known to elect Democrats at times. Yet, Chambers has several headwinds he must overcome.

First, Democrats elected in Louisiana tend to be center-right. In 2019, the state re-elected Democratic Gov. John Bel Edwards, who is hardly a left-wing Democrat. In fact, Edwards is a pro-life Democrat who has rankled many DC Democrats over the last number of years as pro-life conservatives often reference his views against them. At times, the governor has been more in step with the GOP than his own party.

Additionally, Democrats have found 2022 difficult. The question for Chambers is, will he be able to motivate enough moderate Democrats to vote for big spending and big government policies while the nation struggles with mounting inflation and potential recession?

Finally, Chambers is an admitted social justice warrior who’s making his race for the Senate all about race. He recently released an advertisement burning the Confederate flag to symbolize his campaign against racial injustice. Yet, while crime rises across the country and Americans struggle to pay for the rising cost of food, gasoline, and electricity, will racial inequality be a core issue in 2022?

According to the most recent statewide poll, Sen. Kennedy is the most popular politician in Louisiana. Kennedy enjoys a 53% approval rating among voters with only a 38% disapproval rate. At the same time, Gov. Edwards is struggling as only 48% of voters have a favorable view of the governor’s job performance. Voters gave the state’s most popular Democrat in a heavily Democratic state a 48% approval rating.

The majority of voters say they will vote for Kennedy in November. In total, 53% say they plan to vote for Kennedy, 14% for Chambers, and 7% for Democrat Luke Mixon, a former Navy fighter pilot who currently flies for Delta Airlines.

Looks like it may take more than controversy for Chambers to pull off a win in November.