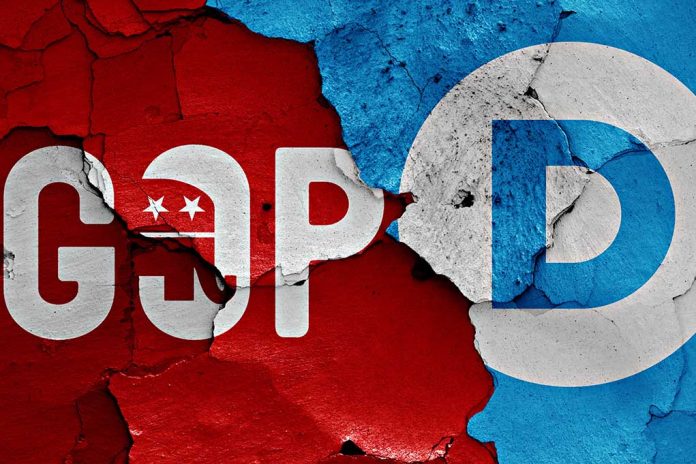 (UnitedVoice.com) – Something is happening across America. According to Democrats, 2020 was a decisive victory that offered them a mandate to fundamentally transform America into a semi-socialist state after Joe Biden secured the White House and the Senate flipped from Republicans to Democrats. There is so much more to the story.

In 2020, the GOP didn’t lose a single House seat, picked off 16 Democrats, and expanded their victories in state legislatures across America. Just last week, on November 2, the media refused to look at what was happening leading up to elections in Virginia, New Jersey, and municipalities and school boards across America.

Now, there is more proof that America is not a center-left or left country. It’s still a center-right country that must endure the loud and obnoxious noise of Democrats losing control of their traditional power bases. On Friday, November 5, Florida Republican Gov. Ron DeSantis declared the Democratic majority was gone. For the first time, Republican registered voters outnumber Democrats, and it’s not the only state that the phenomenon is trending in.

Ten years ago, Democrats outnumbered Republicans by 500,000 voters in the Sunshine State. When Ron Desantis was elected governor three years ago, the popular GOP figure said there are now 280,000 more registered Democrats than Republicans. In a short time, it’s shocking to see how far to the right Florida was shifting. A once deep purple battleground state may now be safely in the hands of conservatives, joining states like Texas.

Since 2016, Democrats and the media have attacked Donald Trump as the big bad orange man and warned that he and his enablers in the Republican Party needed to lose at all costs. Over that time, the media and Democrats labeled GOP voters as deplorables, racists, and insurrectionists. In 2021, Biden and the Democrats added to the list by labeling Republicans as voter suppressionists.

If all that is true, how in the world did Florida flip so quickly?

In 2020, DeSantis governed in opposition to the media and Democratic narrative. He was the first governor in October 2020 to fully reopen his state. He and the Republican-led legislature fought against COVID passports, mask mandates, and now vaccine mandates. He pushed back on defunding the police and the far-left agenda coming out of Washington, DC. DeSantis also fought against the media narrative and said the Constitution and personal liberties were essential to a thriving citizenry even during a pandemic. While the Left lambasted DeSantis as crazy and out of touch, voters appeared to side with the governor.

On Friday, the governor said that Conservatives were fleeing COVID restrictions, lawlessness, crime, and other issues from deep blue states. He somewhat jokingly said that if Conservatives stayed in New Jersey instead of moving to Florida, Democratic Gov. Phil Murphy would’ve lost his election bid.

The popular governor, who’s running for re-election in 2022, went straight at the heart of the matter. He asked what deep blue areas of the country do Democrats govern well? He stated that Democrats destroy everything they touch when they’re in leadership.

Florida Is Not Alone

If Republican presidential candidates start consistently winning these three states, it will make it very difficult, if not impossible, for Dems to succeed in the future. After the November 2 election, it’s possible that GOP presidential and congressional candidates could win again in Virginia. The state flipped the governor’s mansion, lieutenant governor, and statehouse for the first time in over a decade of Democratic dominance.

While Democrats continue their heated rhetoric, American’s hear what they say and are watching what they do, and it appears they don’t approve. They aren’t just talking through poll numbers. Most importantly, they are talking through voter registrations and casting ballots.