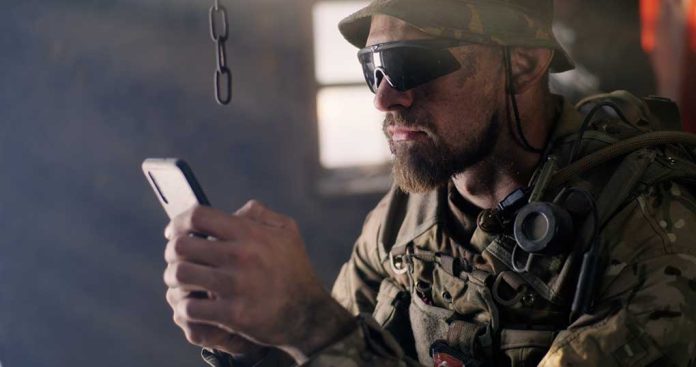 (UnitedVoice.com) – On February 24, Russia launched a special military operation after the West refused Moscow’s demands to reject Ukraine from consideration into NATO membership. Russian President Vladimir Putin said his goal was to de-Nazify and demilitarize Ukraine. Over the last month, Ukrainian forces have pushed back hard against the Russian military and surprised both Putin and the world with their resolve to defend their homeland.

In early March, Ukrainian President Volodymyr Zelenskyy called for an international legion to aid the Ukrainian military. He urged foreigners to join the fight with Ukraine against what he called Russian war criminals. On March 7, the Ukrainian president said 16,000 foreigners volunteered to join his military. Some of them are American war veterans.

Foreign fighters joining Ukraine’s battle against Russia say they want to participate in a once-in-a-lifetime chance to defend democracy against a dictator. They come from all over Europe and the United States. For some US veterans of the Iraq and Afghanistan wars, the Ukrainian conflict allows them to use the skills the US military taught them to help others. Still, some are coming with no military experience, let alone combat training.

The Ukrainian government is accepting foreign fighters through a special volunteer corp program. Once they arrive in the war-torn country, officials process and ship the recruits to receive training and deployment orders. The Ukrainian army pays those it accepts into its ranks equally with Ukrainian soldiers. Still, some foreign fighters bypassed the formal process and headed straight for the eastern front, where Russian soldiers are heavily present. They hope to receive orders from the Ukrainian military once they arrive on site.

The sentiment among US citizens willing to fight against Russia is they don’t want to kill Russians. They just want to stop Russians from killing innocent Ukrainians. The US government discourages Americans from traveling to Ukraine to fight against the Russian military.

Fighting Russia Could Be Extraordinarily Risky

Fighting as a foreign volunteer is a very different legal issue from fighting as a Ukrainian-born citizen. The Russians may look upon foreign fighters as mercenaries and consider them different from extremists or terrorists. Additionally, international law and battlefield codes of conduct treat mercenaries differently.

Russian officials say if they catch foreign fighters aiding Ukraine, the military will treat them as unlawful combatants and mercenaries regardless of whether the Ukrainian government pays them as professional soldiers or not. They will not grant them Geneva Convention protections nor provide them immunity from prosecutions afforded to soldiers who followed orders and did their jobs.

So, knowing the risks, would you volunteer to fight in the war in Ukraine?