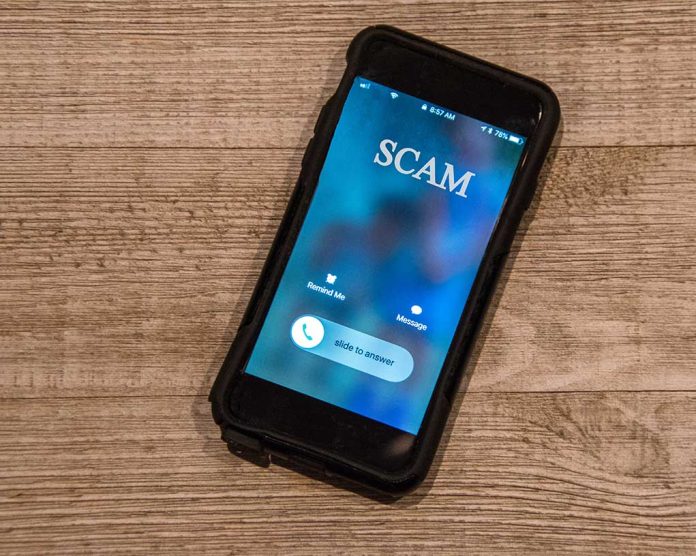 (UnitedVoice.com) – Phone scams are a popular way for criminals to target people and steal their money or personal information. In 2021, Truecaller revealed 1 in 3 Americans had fallen victim to scams in the previous year; the victims lost an estimated $29 billion. Now, a former high-ranking federal law enforcement officer has issued a warning to the American people.

Former FBI and CIA Director William Webster recorded a video message for the FBI to warn Americans about elder scams. The 98-year-old talked about a 2014 incident when a scammer tried to scheme thousands of dollars from him and his wife, Lynda. An unsolicited caller told Webster he had won a $72 million sweepstakes. The fraudster said he would need to pay $50,000 to collect his money. The couple turned the offer down repeatedly, and that’s when the scammer became angry and threatened them.

Lynda Webster later recalled the scammer threatened to kill both of them and burn their house down. She also alleges he said her brains “would look lovely” on the wall.

Webster contacted the FBI and worked with agents to track down his wanna-be scammer. Agents with the Washington Field Office found the criminal in Jamaica. Somehow, agents convinced him to enter the US and arrested him.

The Websters are now hoping their story will help others avoid falling victim to the scams. People can report elder fraud to the National Elder Fraud Hotline at 1-833-FRAUD-11.