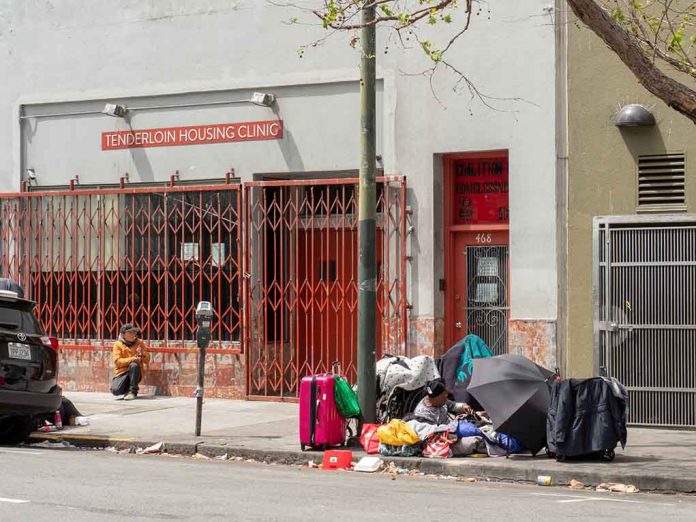 (UnitedVoice.com) – Across America, crime exploded in Democratic-led cities in 2020 and 2021. Complicating matters, police arrested criminals only to see far-left district attorneys refuse to prosecute them. Without accountability, some say the problem is only getting worse.

San Francisco is among the most liberal cities in the United States. Still, Mayor London Breed acknowledged that criminals hijacked the city and crime was out of control. Carjacking, car and home robberies, drug use, and gun violence plague the town. Breed admitted that too many in the city don’t feel safe anymore and many residents had left. Former San Francisco mayoral candidate Richie Greenberg said he’s not going anywhere, and he’s fighting to save his city.

In a Fox News exclusive, Greenberg said he’s lived in San Francisco for over 20 years and refused to leave or give up on his city. He noted, unlike thousands of other people who left over the last few years, he wouldn’t give up on the city. Greenberg said city officials regularly comb the streets to ensure they’re sanitary. If possible, they’ll remove tents, garbage, and needles.

The former mayoral candidate said the problem is so bad city workers only clean up the area within a few blocks whenever there’s a special event at or near City Hall. Greenberg states city officials don’t want the embarrassment.

Greenberg is a leader in a movement to remove San Francisco District Attorney Chesa Boudin, who assumed office in January 2020. Boudin faces a recall election on June 7. Greenberg said he’s largely responsible for the massive crime wave across the city as the DA refuses to prosecute people for their crimes. Many who support the movement are victims of crime, notably home or car break-ins.

Crime Is Up in San Francisco

The San Francisco Police Department (SFPD) reports suggest property and violent crimes are down from 2019. Yet, Greenberg says he believes the DA’s enablers cherry-pick their facts. He said the report ignores arson, carjacking, and other violent crimes. For example, the report showed car thefts were up 5.6%, and property crimes increased 10.4% in just one year. Fox News said local media reported shootings jumped 33% from 2020 to 2021.

While Mayor Breed acknowledges there are problems, she also says there’s a lot of wasted talk about crime in her city. She blamed the right-wing media for spreading statistics (a.k.a. facts) and pointing to crime in the city. The mayor said there’s more to the story.

Greenberg said the city’s leadership is a mess from the top down. So who’s right?

What will happen in the upcoming recall of the district attorney?